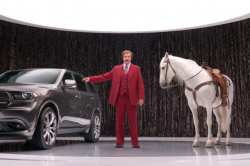 We all have a sort of love/hate relationship with adverts. They may let us know what’s good and new, but they also annoyingly interrupt our leisure time, popping up on that funny YouTube video or interrupting our TV time. But adverts can in themselves be very entertaining. When done creatively enough, they can be a joy to watch.

Considering that there are so many different cars in the market, simply showcasing the car will not make an impression with potential buyers. The advertisers of these most memorable car adverts of all time are our favorites over at GB Show Plates

This advertisement is one of the most memorable car adverts of all time just because of the storyline. The series of adverts by Renault follows fictional French characters, Nicole and father on several different adventures. The advert ran between 1991 and 1998.

See also  What Do You Need In Your Car?

This is a very popular advert by Honda that first appeared on our screens in 2003. It features and an assembly line of Honda Accord parts as they become the all too familiar car with Sugarhill Gang’s “Rapper’s delight” as the soundtrack.

This Advert features a love-spurned Paula Hamilton. Her performance in the advert that appeared in the 1980s makes it one of the most unforgettable and iconic car adverts of all time.

This advert shows a man “sculpting” his car into the shape of a Peugeot 206 by any means possible. The action makes the ad one of the most amusing car adverts to grace our screens.

This advert is somewhat provocative, seemingly playing on the Megan’s rather distinctive rear-end. Most people who see this advert are either irritated or amused. But no one ever forgets it.

See also  Tips For Buying A Car From A Private Seller

In this feel-good advert, viewers are riveted by bakers cooking up a car that is good enough to eat, all to the sound of “My Favorite Things” from the movie, The Sound of Music.

This advert shows a chicken held by gloved hands showcasing its ability to keep its head still even when being moved to the beat of the song “Upside Down” by Diana Ross. The advert was created to highlight Mercedes Benz’s new suspension system known as the Magic Body Control. It is aimed at delivering a comfortable ride regardless of the road surface. This ad was pretty popular although you will find quite a few people who were irritated by it.

There is very little we can say about this advert. You have to see it to get its appeal. All we can say is that it has one of the coolest film scores and a mini Darth Vader.

See also  How to Legally Personalize Your Vehicle

This advert is memorable because almost everyone who sees it says it was rather unsettling. It shows Gene Kelly doing his famous dance in the rain, but there is just something that we found a little odd about the advert. It is certainly memorable, but not in a good way.

This is a great, striking advert meant to show us where cars come from, at least from Audi’s perspective. It is certainly weird enough to be memorable.

You can find all of these adverts on YouTube and decide for yourself which one is the most memorable. Who knows, one of them may even convince you that you need a new car.

Certain vehicles would do well with a dual battery setup. The second battery helps power other electrical components. These components …

Owning a vehicle demands a certain level of knowledge about driving and equipment required. For driving, there is an exam …

Owning a car is great. But what items do you have in your car?  Think of the times you have …