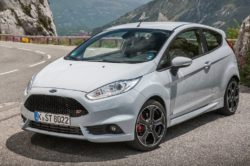 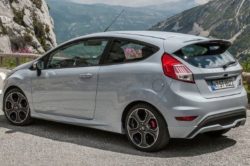 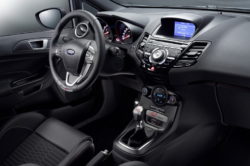 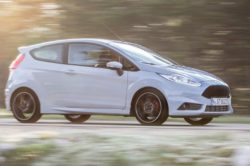 The Fiesta is nearing the end of its lifetime so Ford already started to churn out quite interesting models of it. The latest is the 2017 Ford Fiesta ST200, a car which has been released a few days ago in Europe. Unfortunately, the car will not be available for the US market. Ford said that because it is built only in Germany, it would cost too much for the US customers. The car is currently priced at nearly $4,000 more than the regular ST. With the import fees, it would reach more than $25,000 in the US where you can already get a Focus ST. 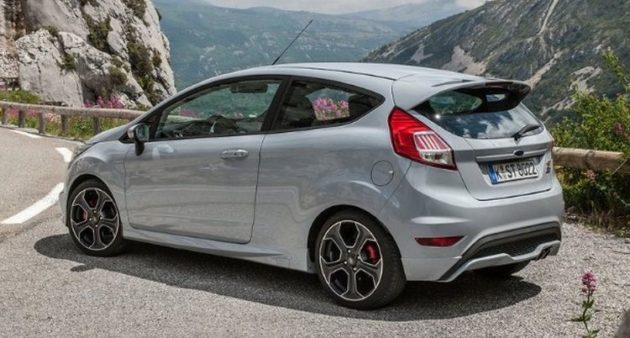 However, in Europe, the car seems to be a success. Ford already sold more than 2,000 units so far. Considering that the deliveries will start with the second half of the year, this is very impressive. The ST200 is a name we have seen before in the older Mondeo. However, in the Fiesta it means a lot more than just a slightly more powerful engine. The new Fiesta ST200 comes with quite a few upgrades which we are going to check out a bit later.

We all know Mountune, a high-performance Ford tuner which develops OEM quality products. Well, so far they had a kit for the regular Fiesta ST which brought the car up to 200 horsepower. The 2017 Ford Fiesta ST200 basically gets that kit from the factory. It still has the same 1.6 liters turbocharged engine as before. However, this time around it makes 197 horsepower and 236 lb-ft of torque which is very impressive for a car this small. The Overboost function is still there as well. This will add an extra of 15 horsepower for up to 15 seconds at a time.

The gearbox is the same six-speed manual unit as before. This time around though it gets a lower final drive of 4.06:1 rather than the regular model which gets 3.82:1. With the extra power, this should allow the car to drop around 0.5 seconds from its 0 to 60 MPH time. On top of that, it should have much improved rolling starts as well as a more eager engine to be revved thanks to the extra power.

The best part is that the engine is not the only new thing about the ST200. The entire running gear has been revamped. The car gets a stiffer sway bar at the back with a much thicker roll-bar up front. Also, the springs and shock absorbers have been softened up. This might seem unusual but a softer suspension will allow more control on the open roads. 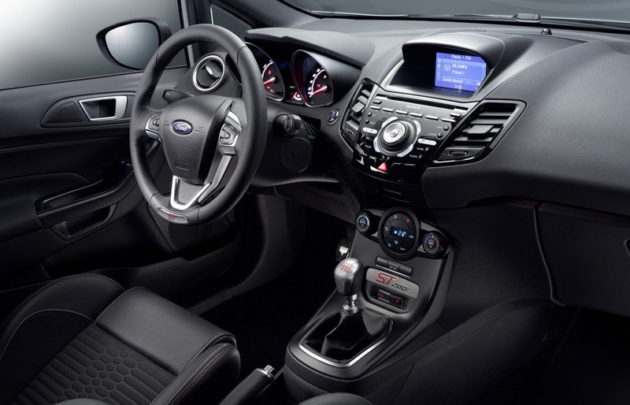 As you would expect from a special edition, both its interior and exterior have been refreshed with cool new accents. The cabin is what you would expect from a Fiesta. However, the 2017 Ford Fiesta ST200 comes as standard with black Recaro seats and a leather-wrapped steering wheel. The equipment level is similar to that of a Titanium model. This means that air conditioning, electric windows, and Ford’s Sync 3 infotainment unit are all available. 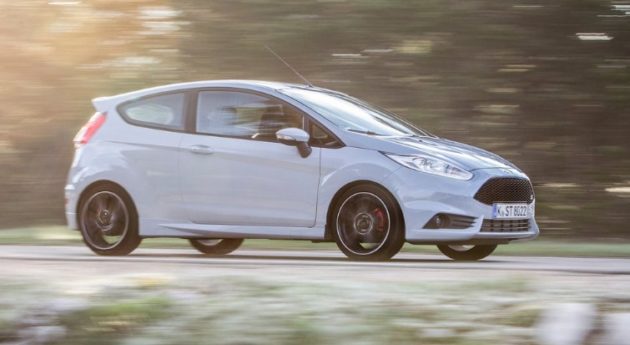 The color has to be the best thing about its exterior. The ST200 will be built with a single color choice, Storm Grey. Ford said that this resembles the primer used on cars before painting giving it a really stunning design. Well, we have to agree. This is the first time the Fiesta has been available in this color and rumors say it will also be the last. The wheels offered as standard are the optional rims on the regular Fiesta. These come as standard painted in gloss black with a Storm Grey line which spans across the outer side of the wheel.

Because most of its rivals have been massively updated or are about to receive major upgrades quite soon, an all …