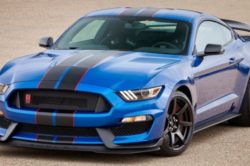 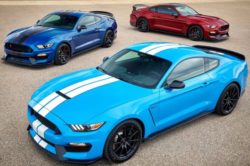 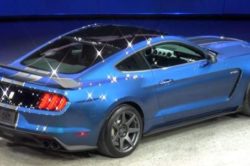 The new GT350 version of the Mustang has been released nearly a year ago and Ford is already planning on improvements. The 2017 Ford Mustang Shelby GT350 is expected to debut by the end of the year and it will come with some changes over the previous car. Most of these changes are going to be to its equipment levels which were a bit confusing on the ongoing model. Besides that the car is going to be pretty much identical which is to be expected considering how new it is.

The dealer availability is still unknown but it seems it might hit the market sometimes at the end of the year.

Ford hasn’t released anything about the price of the upcoming car but considering all of the changes they are planning to make, we expect the new GT350 to become more expensive. In fact, the car might get cost around $3,000 more than before but considering all the upgrades, it should still be well worth it. The R version is also expected to come with a few upgrades over the current model but this time around the price might stay the same as before. 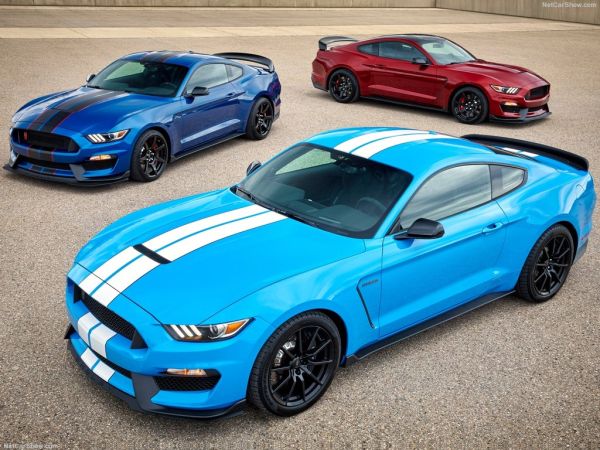 The equipment packages of the current model were not that greatly put together. Why? Well, if the buyer chose the track package then it couldn’t get the technology package. This time around all the contents of the previously mentioned track package is going to be offered as standard. This means that the car will get the transmission and differential oil coolers, an aluminum front strut tower brace, heavy duty front springs and a rear spoiler all as standard. The technology package will become the convenience package. This will include heated and cooled front seats, leather upholstery as well as Ford’s Sync 3 infotainment unit. It will also get softer door trim, nine speakers and aluminum trim inside the cabin. An electronics package will further add dual-zone climate control, the nine speakers and softer door trim but it won’t be available with the new convenience package. 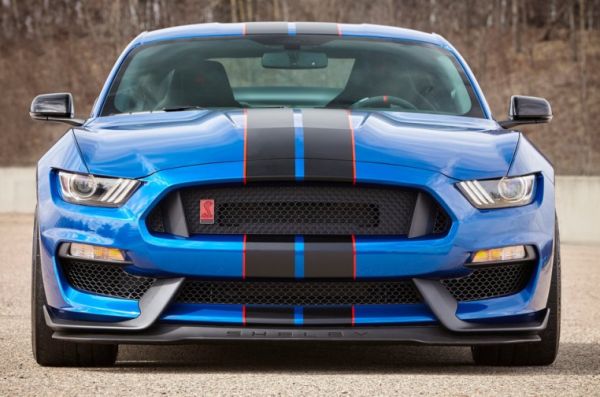 The 2017 Ford Mustang Shelby GT350 will pretty much stay the same as before when it comes to its design. The car will still boast the lower front end, the xenon headlamps with LED daytime running lights and the LED tail lights. The only real difference here will be the now-standard rear spoiler which was previously a paid option.

The most interesting fact about the 2017 Ford Mustang Shelby GT350 will remain its engine. Unlike any other muscle car, or for that matter, any other American-made V8 powered car, the GT350 gets a 5.2 liter naturally aspirated V8 with a flat-plane crank. This allows for an even firing order which means that the Mustang basically has a European V8 under its hood. With a rev limit of 8,250 rpm, the V8 is the perfect companion for a track going driver. It is also quite potent despite being a naturally aspirated mill. This can make 526 horsepower and 429 lb-ft of torque with a really smooth power delivery curve. 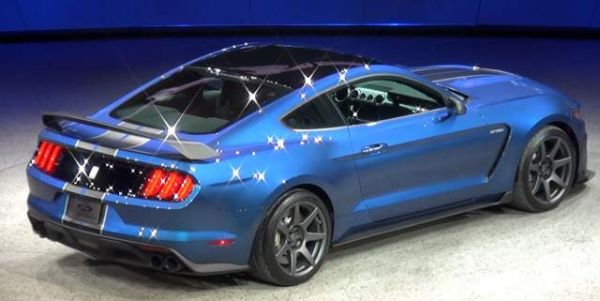 The end result is a car that feels like a true racing car and thanks to the fact the coolers are now offered as standard the Mustang should be able to be driven at the limit for a lot longer. A 6-speed manual transmission is being offered as standard and so is the mechanical limited slip differential. This actually works very well and it should allow the Mustang to hit 60 MPH in just 4.3 seconds with a top speed of over 170 MPH. Not the fastest muscle car out there but with the help of its suspension and brakes the GT350 is by far the fastest muscle car around a track.