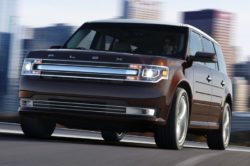 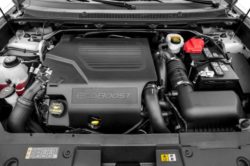 The Flex is one of the few true station wagons still available on the US market. It comes with a really unique design, great engines, and a good interior. However, even though it received plenty of updates, the car has been released back in 2008 and it can’t really compete anymore. Because of that, we do expect an all new version to be released with the future 2017 Ford Flex. The car currently uses the same platform as the old Taurus. The upcoming model, on the other hand, is likely going to be moved to Ford’s CD4 platform. This underpins many of their models including the new Continental. 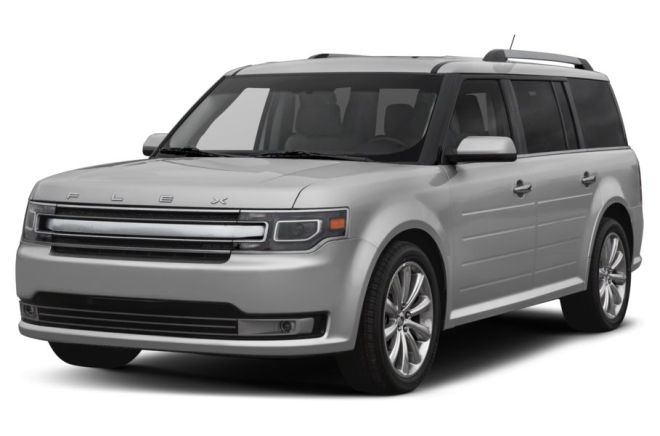 The platform would be tweaked to be used on this larger car. The wheelbase is expected to increase while the car might get slightly wider than the usual CD4 cars. Even though most other cars these days tend to get much bigger, the future Flex might get smaller than before. This would allow Ford to keep it a great family hauler while also making it better to drive. Its efficiency will definitely increase and the new platform should mean a few things.

Firstly, the car will have much improved NVH levels. These will make it more comfortable in the long run as well as quieter. Secondly, the rigidity of its chassis will increase slightly. This means that it might get safer as well as better to drive. Lastly, the new platform will make use of a modular floor pan. While it might not sound like much, this will give Ford plenty of possibilities to offer more space inside the cabin despite the smaller general body.

With the new platform, the future 2017 Ford Flex should make use of a new design as well. The “woodie” look which made the current model so successful is expected to return. Some said that instead of going for a modern-retro look, the car could borrow a lot more from the 1930s and ‘40s cars. This means a more curvacious body with a possible sloped roof. This should affect the interior in any negative way but it might affect the visibility from inside the cabin.

Seven seats are still going to be the norm with the future Flex. This time around there is expected to be slightly more legroom for the third row without sacrificing anything. The trunk should be quite similar to the older model. However, the tailgate might get smaller in Ford’s quest of offering a better looking car.

Like before a couple of engines should be offered on the future 2017 Ford Flex. However, this might not be what we expected. Because the car will still be sold as a crossover, it means that people who buy it will expect crossover features and powertrains. We expected a 2.3 liter turbocharged mill to be installed under the hood on the base model. However, it now seems that the car might come with two larger V6 engines. The base model would get to use a 2.7 liter twin-turbocharged V6. With an output of close to 310 horsepower and 340 lb-ft of torque, this should be more than enough for most people. A larger 3-liter engine with as much as 400 horsepower could also be offered. The two will likely be mated to a 9-speed automatic gearbox. A front wheel drive version will be offered just with the base model. All the others will receive four-wheel drive as standard which is a great thing to have, especially on a car like the Flex. A hybrid is also expected to be offered later down the road. This is still well under development but it might be something quite impressive. More on it later, though!

The Flex is a funky-looking crossover with enough room for seven people and their luggage. While it is a really …