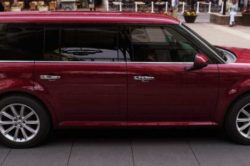 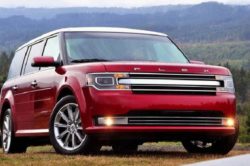 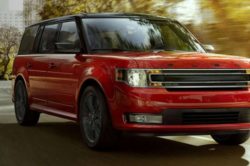 The Flex is a funky-looking crossover with enough room for seven people and their luggage. While it is a really good car, its polarizing styling made it lose a lot of sales when compared to its main rivals. In fact, Ford sells more than five times fewer units than most of their rivals. Despite that Ford kept selling the car and those who bought one loved it for its design, great engines and better than the average interior. While the car will still be available for at least another year, will there be a 2018 Ford Flex? This question remained unanswered for a while. Luckily though Ford did say not that long ago some interesting things.

For starters, they said the Flex is going to be discontinued. In its place, the Explorer will remain the only available full-size crossover even though it doesn’t offer as much space as the Flex. In its place, we shall see a new model likely wearing a different name. So far not much information has been released about this car but it seems the quirky design might stay. With it, the successor of the Flex might inherit its price which currently starts at just over $30,000. 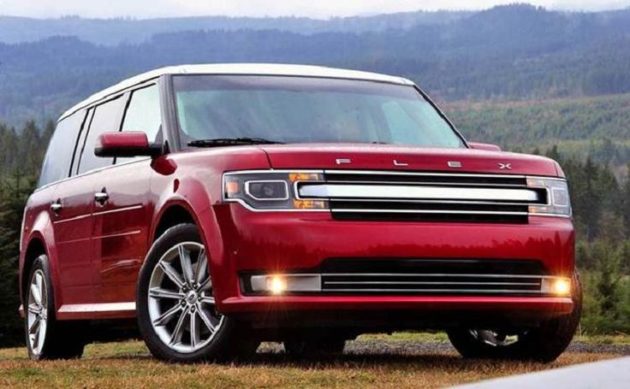 Most of us would love the current Flex to keep on going but it isn’t exactly possible. Even though it looks fine with its retro styling, people usually tend to go for more futuristic looking cars. On top of that, a refresh on a car like the Flex would likely cost just as much as a redesign. This means that it would make a lot more sense for Ford to release an entirely new model. This would be able to meet all the market’s demands and also retain some of the quirky characters of the original Flex.

Even though Ford said the current model will be discontinued, this doesn’t necessarily mean the Flex will vanish. We all know Ford is rather secretive about its projects. This has been the case with the Bronco and it might be the case here. While the current car will be gone, the model replacing it will be at least as good as the Flex. For starters, it seems that it will remain a seven-seats crossover with plenty of trunk space. Over the Explorer, which is approaching the end of its life, the successor of the Flex might get to use Ford’s newest technologies.

Even though this is still just a rumor, some suggested the Flex would become Ford’s new electric crossover. The quirky design coupled with an electric powertrain would certainly have a lot more success than the current car. If this is the case then expect it to be based on an entirely new platform. Also, Ford did say a while ago that a 300 miles-range electric crossover is a real possibility. The successor of the Flex would be the perfect candidate for that. A four wheel drive all-electric crossover with 300 miles of range would sell great. With it Ford would also have a true competitor for the current electric class leader without having to compromise on anything.

The car would have plenty of space and in fact it would likely become the first commercial seven seats electric crossover with more than 300 miles of range. Even if it won’t offer as much power as some of its future rivals, the Flex’s successor would likely be able to outrun its gas-powered predecessor which would be more than enough for most. Our only concern with the rumored electric car would be the price but we are sure Ford is going to figure something out by then.

Released last year, the new Raptor is the most impressive production truck we have ever seen. It features one of …