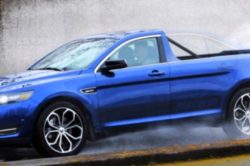 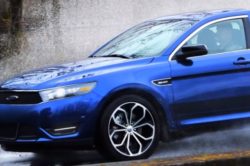 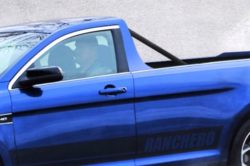 New Ford Ranchero 2018 – Could it be? Things are pretty clear with the pick truck market in the US. We have mid-size ones creating moderate interest and full-size ones stealing all the sales, while extinct compact ones are yet to return. They are all with the classic body on frame chassis and 4WD systems, apart from unibody Honda Ridgeline, which as the only exception just confirms the rule. But what if greatest of them all, maker of F-Series, plan to do something unordinary within the segment? Let’s imagine you take mid-size sedan, drop the rear seats, drop the rear half of the roof and end with a truck bed. We already had that situation where bed and rest of the body are a single piece with mentioned Ridgeline and Chevy Avalanche, but what if they stop pretending about offering truck capabilities. What if you put all on style card. You’ll end up with ute!

You hardly know, if you are not in Australia, where the first ute was born in 30’s, and where you can easily spot today on the streets Ford Falcon or Holden Ute carrying bed instead of usual sedan’s tail. But if you remember, those kind of vehicles were popular once in the US also. They were known as coupe utility and Ford started the game in 1957 by introducing Ranchero, while Chevy followed two years later with El Camino.

When the first Ranchero was introduced it was basically two-door station wagon named Ranch Wagon with modified rear end. You may argue that Honda Ridgeline is just modified Pilot and asking why that isn’t ute then, but we will make it clear. Ute doesn’t pretend to have any off road or towing capabilities, it doesn’t pretend to possess any ruggedness, it doesn’t carry plastic moldings, skid plates or any protection and it is more of a stylish statement than any type of working utility. It doesn’t even feature usual truck shape as you can use. The latest thing that was closed to it, is Chevrolet HHR which briefly existed between 2003 and 2006, or even better Subaru Baja in production around the same time.

Actually, ute, as called in Australia, hasn’t died and it is still immensely popular over there, but American sports utility did. Latest seventh generation of Ranchero rolled off the assembly line in 1979, although we had for short time Durango model in 80’s, while El Camino continued till 1987. This type of truck was treated as a car so it faced stricter regulations for emissions and fuel consumption than pick up trucks, so both Ford and Chevy ended the story at that time.

Is Ford bringing back the Ranchero?

Ford is immensely popular in the truck world, as F-Series is absolute ruler of sales. It recently decided to reintroduce mid-size offer with new Ranger, while also two-door legendary Bronco SUV is on the way also. Why not use this model expansion and revive once trendy and stylish sports utility segment? Anyway, it already had that offer in Australia over all these years, until last year, and nothing can stop us from fantasizing about the possibility that New Ford Ranchero 2018 debut during this year. 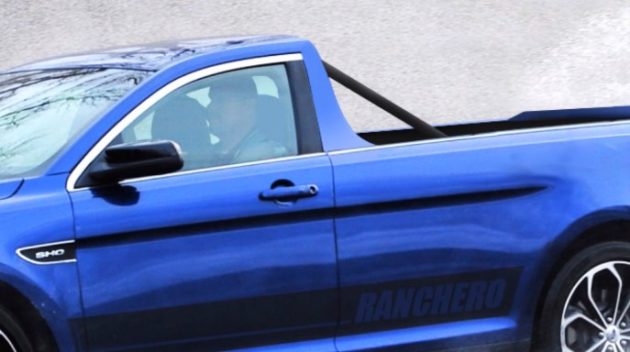 Then it would probably be based on Fusion model, carrying its fascia and cabin. Unibody structure is obvious and it would definitely use 2.7-liter V6 Ecoboost delivering 325 hp used both by Fusion and F-150. F-Series’s 3.5-liter V6 rated at 370 hp and 5.0-liter V8 boosting 390 would be under big question mark as Ranchero needs to slot below mid-size Ranger in dimension, being more as a compact truck. It probably won’t feature 4WD system more like AWD one, also there would be no locking differentials, no solid axles, no low range gear boxes, leaning solely on fashion statement.

The price could vary around $25,000 which is $5k more than starting price of mid-size truck offer, but if you add any type of comfort and luxury to them, you will circle around $30k for a start and that is the also point where Ridgeline starts, so new 2018 Ford Ranchero would be kind of bargain than.