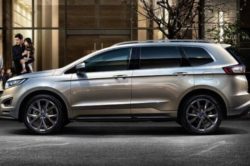 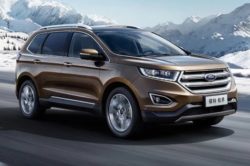 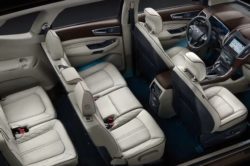 The second generation of the Edge has been released in 2014 as a brand new model. The car shares its CD4 platform with the Fusion and Lincoln’s MKX. However, it has been tweaked in order to better suit the larger crossover. While the car is relatively new, it is expected to receive an update with the upcoming 2018 Ford Edge. This model is expected to receive a few changes on the outside, upgrades under the hood and possibly a couple of more refined trim levels. Unlike some of Ford’s other crossovers, the Edge is available in the US as well as in Europe. Because of that, it has to be as versatile as it can.

So far the car has been quite successful in the US but the sales in Europe have been average at best. This is because the Edge is quite expensive and it offers less than some of its rivals. For the 2018 model year, Ford is expected to give the car a better value for money. The base price is still expected to stay around $30,000 which is where most of its rivals are. However, the higher end models are now expected to bring a lot more for the money, especially since it can cost as much, or more, as a Touareg which is a better all around car. 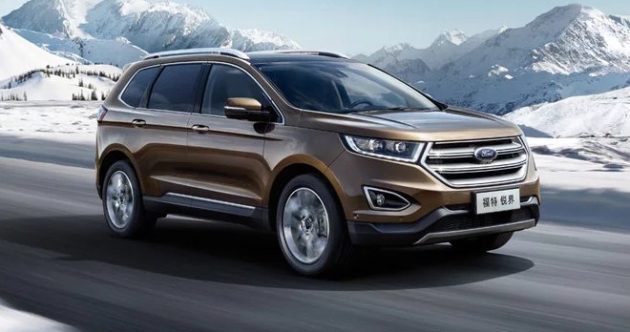 The release date for the 2018 car has not been revealed but we expect it by the start of 2018.

If we take a look at the previous generation of the Edge, it is clear that Ford is going for an evolutionary design. They do not want a completely different looking vehicle. Because of that, the 2018 Ford Edge is more than likely going to follow the same path. Despite its size, the current model looks a lot like a hot-hatchback with its nearly perfect proportions. These will not change for the new model. However, in the front, we may see a new design scheme which may borrow from the future Expedition. In the rear, we expect new tail lights, likely a new bumper with new exhausts that will give it a bit more flair. 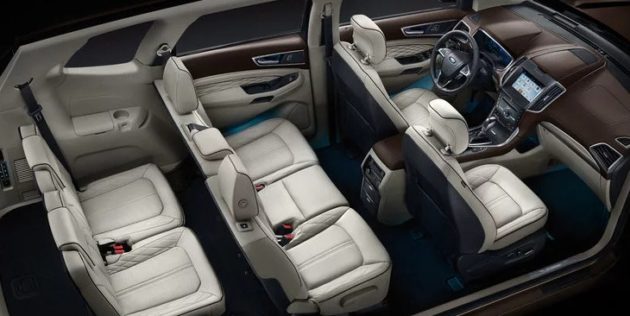 One of the biggest griefs with the current model was its interior. While Ford is usually offering a lot of features, this is not really the case with the Edge. The car does offer their Sync infotainment unit and plenty of safety options. However, it feels a lot cheaper than its competitors and the dashboard is a bit too dull for many. The 2018 Ford Edge might receive a completely redesigned dashboard, more in line with Ford’s latest vehicles which went for a much more modern design. On top of that, the cheap plastics and average built quality should be gone in order to reflect the large price tag.

Ford’s 3.5 liters naturally aspirated V6 might be gone from the updated Edge. It may be replaced by a 2.3 liter EcoBoost with as much as 300 horsepower and 300 lb-ft of torque, considerably more than the V6. The base 2-liter turbo-four should be carried over mostly unchanged. The European market may also receive one of the two gas engines in order to make it a bit more appealing. The Edge Sport should stick with the 2.7 liters twin-turbocharged V6 EcoBoost. However, instead of 310 horsepower and 350 lb-ft of torque, it may be upgraded to the same output as in the Fusion. This means 325 horsepower and 380 lb-ft of torque which would give it a big lead over some of its rivals. The six-speed automatic might be upgraded to Ford’s nine-speed unit but this is just a rumor at this point.

There was hardly anything alluring about the name Ford Transit over the years. That is unless you are a bank …