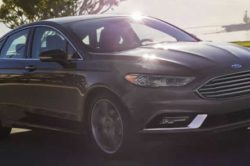 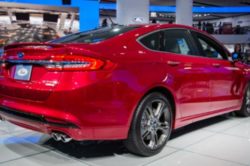 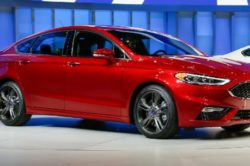 The current generation of the Fusion is one of Ford’s first cars to be nearly identical on the European and US markets. However, because the car has been developed mostly in the US, its US version is the first one to get the changes so it is no surprise that a few weeks ago they released an updated model with the 2017 Ford Fusion. This adds a couple of new trim levels, some upgrades to its powertrain as well as a fresher and more up to date look. However, because it is just a mid-life facelift there aren’t any over the top changes or upgrades but that’s to be expected considering how new the model is.

The larger change over the ongoing model of the car is the addition of a new “Sport” trim level which is a first for the US version of the car. However, the European Mondeo did have an ST model a while ago which was basically the same type of car with a larger engine mounted in a mid-size sedan. Like you would expect from a sportier version, the new Fusion doesn’t only come with a larger engine but also a rather large list of supporting upgrades which will certainly make the driver’s life easier. 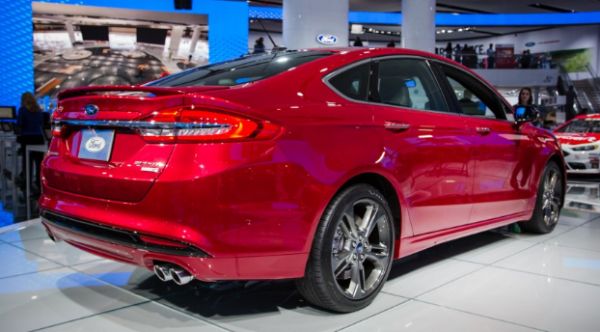 The price remained unchanged for the regular cars which will still start around $23,000 while the new Sport will go from $33,500 which is still pretty good considering what lives under the hood. For those not that interested in raw performance, Ford is also offering a new Platinum trim level for around $37,500 which now comes with a lot more luxury features than the regular car. 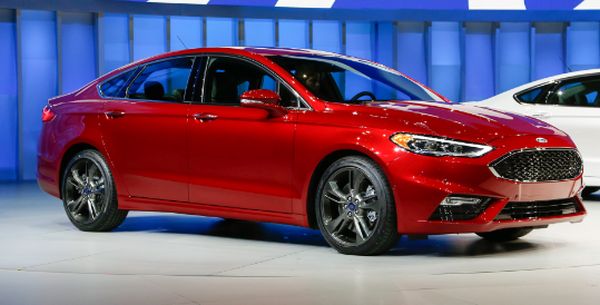 For those not that familiar with the look of the previous model, the 2017 Ford Fusion might seem identical to the older car. However, it now comes with a redesigned front end which uses a slightly more aggressive grille design and 3D headlights which should make it stand out a bit more. The lower part of the front bumper is new as well while the back of the car comes with new taillights and a new bumper as well. Both the Sport and the Platinum trim levels come as standard with new chromed exterior inserts while the Sport is slightly lower than usual and comes with a unique set of rims.

There are also a ton of new features that will help the driver tremendously with driving the car. While some models are only available with them as options, the top of the range versions of the Fusion will now come as standard with the Sync 3 or Sync Connect infotainment systems, lane departure warning, an automatic parking feature, frontal collision warning and also engine Stop/Start.

Ford’s new 1.5 liters and 2 liter EcoBoost engines will be offered on all the models of the range with the only exception being the new 2017 Ford Fusion Sport which now comes with a new 2.7 liter twin-turbocharged V6 which churns out a rather impressive 325 horsepower. Even though this might seem like average in today’s World of supercars, the Sports version of the Fusion is actually more powerful than cars such as the BMW 340i and most other family sedans on the market.

An automatic is the only gearbox of choice for the high-performance Fusion while an all-wheel drive system with upgraded front brakes is also available on the base model. The hybrid versions of the car remained unchanged but in the near future Ford might add to the plug-in version of the car a slightly larger battery and a better charging system which should make it a more suitable everyday-commuter than the current car which is average at best in this particular role.

When Ford announced earlier this year that it would be discontinuing production on all but two of its car models, …