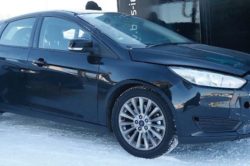 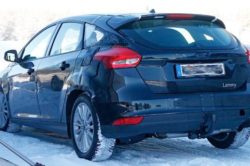 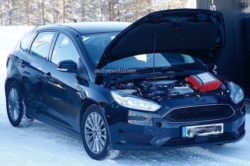 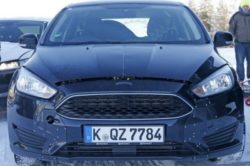 Released back in 2010, the current generation of the Focus has been around for a longer time than usual but in order to alleviate the problem, Ford did release a couple of large updates since then and they also started to offer high-performance versions such as the ST or the RS. However, because some of its rivals are getting redesigned, Ford started to work on an all-new Focus, a car which is currently under wraps. Even though Ford hasn’t said anything official about the future 2018 Ford Focus, a test mule was spied testing a while ago and the details are a lot more interesting than you might think.

Firstly, let’s get this out of the way and say that the future Focus is going to be wider and longer than the current generation. We can safely say this because the test mule clearly uses an elongated body of the older Focus considering that the windows don’t really fit it right and the wheelbase seems to be slightly longer. While we do prefer slightly smaller cars, the increase in size means that the interior will likely offer a lot more room than before while the luggage space will be improved. These should make the Focus an even better deal than before and the new platform will likely mean that it will become better to drive than before while being lighter thanks to the use of higher end materials. 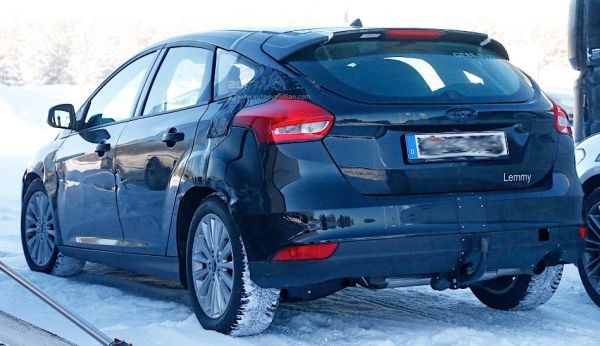 The price will still be as low as $15,000 and just like before, a high-performance ST version might be launched from the start at around $23,000.

Like most other manufacturers, for this generation, the 2018 Ford Focus might ditch all the older naturally aspirated engines in the favor of all turbocharged mills. This will allow for better fuel efficiency and also slightly more power without having to sacrifice anything. The base Focus is likely going to make use of the very impressive 1 liter EcoBoost inline 3 engines which will offer between 100 and 140 horsepower and as much as 150 lb-ft of torque. Higher in the range a 1.5 liter EcoBoost inline 4 with 180 horsepower and around 200 lb-ft of torque is also going to be made available. All models will get a 6 speed manual as standard with an optional automatic. At this point, there is no official information available about the automatic but we believe Ford will go with their upcoming 9-speed unit. 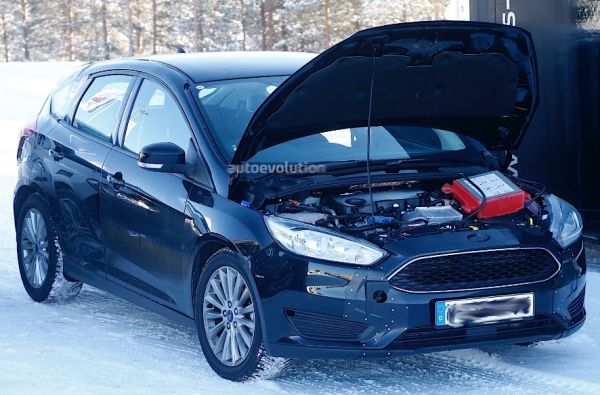 The ST trim level, on the other hand, will likely get to use an updated version of the old 2 liter EcoBoost inline 4 with as much as 260 horsepower and more than 260 lb-ft of torque. Front wheel drive will be offered as the only option and unlike the RS, an automatic will also be available alongside a 6-speed manual. 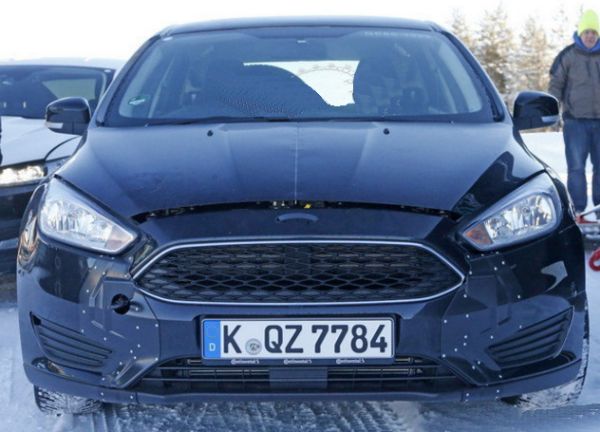 Unfortunately, at this point, the design of the 2018 Ford Focus still is a well-guarded secret but considering how Ford’s latest models evolved, it is unlikely that the new Focus will stray too far from the rest. We actually expect it to borrow some of the design found on the Fiesta with a more aggressive touch to it. This should make for a much better-looking car than before, especially since it will be physically bigger.

The rather unusual interior of the current Focus is very likely going to be gone and instead Ford might get the route of its German rivals which all use interiors that are better in terms of materials and equipment but slightly dull in terms of look. This move will allow Ford to make a breach for a new market and the new interior will also mean that the Focus is definitely going to be a much better car to sit in than before.