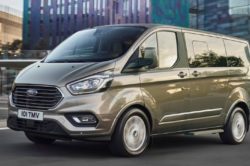 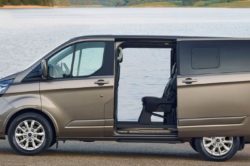 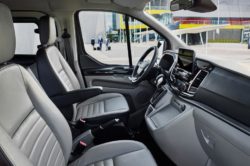 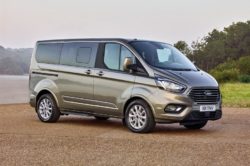 There was hardly anything alluring about the name Ford Transit over the years. That is unless you are a bank robber, since 95% of the looting during 70’s in London involved one of these vans, mostly thanks to its car-like road behavior. In all other cases, it is just an emotionless and uninspiring, but the competent working tool, not capable of shaking off its primary intended purpose as pickup trucks do. Yet, “blue oval” gradually did something that might change that perception.

In 1995 brand introduced passenger version of the Transit van, dubbed as Tourneo. At first cargo hold was filled with plain seats, but as time passed other stuff became to arrive. Fast forward to this day and thing now called Ford Tourneo Custom 2018 met so much garnish if you opt for it of course, that it might even provoke a desire in you for owning one. In this outfit, we are dealing with the luxury van, poised at similar top-shelf specimens of Mercedes Vito or VW Transporter. 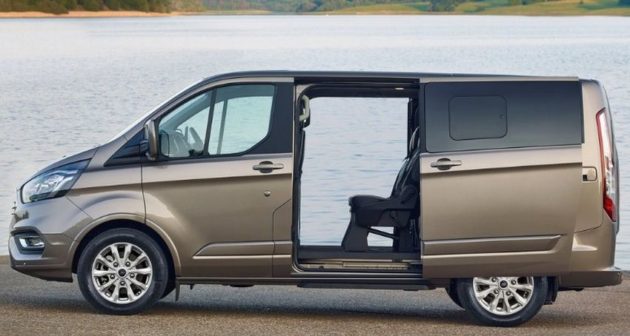 In this current generation of Transit, Ford divided the moniker into two separate models. Large RWD Transit and smaller FWD Transit Custom, that also differentiate highly in their appearance. But, how will you recognize Tourneo Custom over Transit Custom? That’s now we are back again at that garnish. With this facelift, they both received Aston Martin-style grille, found on other Ford’s products, the new shape of headlights and front bumper. But there Tourneo adds up over Transit. Everything is covered by paint including rear bumper, door handles and protective side plastic cladding, grille and fog lights are coated in chrome and upper body panels at side and rear are covered by glass. With this, it is already clear that Tourneo has evidently upscale inspiration over hard working twin. 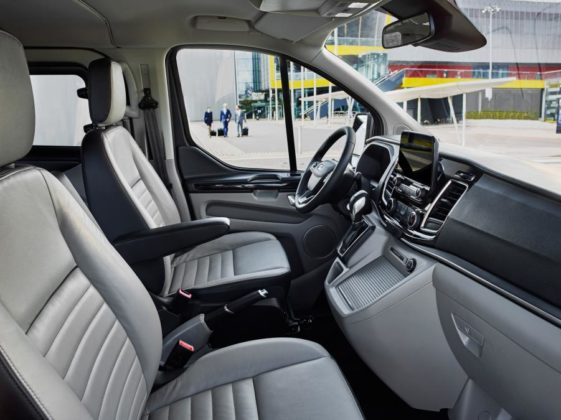 If you are not convinced yet in previously stated, a glimpse at the interior will wash away any doubts. If you go for higher trims, especially with new Titanium X package, prepare to feast your eyes on soft leather and 8-inch infotainment screen featuring latest Sync 3 setup with navigation, Apple CarPlay, and Android Auto. This refresh brought completely new dash with upgraded materials, totally changed buttons and vents, reshaped steering wheel and revised instrument cluster. At the back, you have six individual seats, all removable, while three middle ones are capable of the rotation if you wish to stage family conference out there.

While Tourneo Custom is surely lavish for a van, the pace of moving that opulence is rather peaceful. You have one engine option, 2.0-liter turbodiesel, but with 104, 128 or 168 hp outputs, paired with 6-speed manual or same-speeds automatic. If you want the spiciest of them all, you have to choose Sport model which will also bring body kit, bonnet stripes, special 17-inch alloys, and partial-leather on the inside. You are maybe going to travel in more leisure way, but surely in comfort due to the rear self-leveling air suspension and also in safety thanks to adaptive cruise control with automated braking and pedestrian detection, blind spot detection, lane keeping alert and new Intelligent Speed Limiter adjusting the speed according to traffic signs. 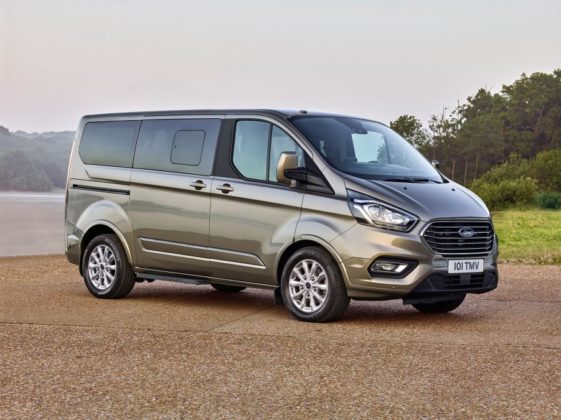 By now you see that stuff like Ford Tourneo Custom 2018 address the whole van issue from completely different perspective. Soft leather, latest infotainment and safety features and even air suspension, tries to persuade you that there is something more in this automotive echelon. If you can swallow ungainly shape of things, this would be surely ultimate family transporter. But it comes at a price. Base one is at £34k ($46k) in the UK, but Sport model and luxurious trims brake $40k ($54k) boundary. It that seems fine to you, you can soon order yours, while for its arrival to your hands be patient for early next year.