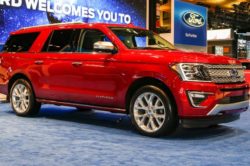 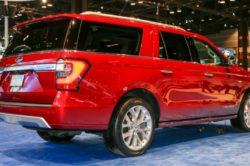 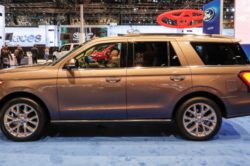 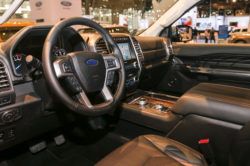 Even though it received plenty of upgrades throughout the years, the outgoing Expedition has been around for more than a decade. While a new model has been expected for a while, the 2018 Ford Expedition was actually just released a short while ago. The SUV is a massive improvement over its predecessor. It features new technologies, engines, and a brand new design. All of these allow it to finally become the best car in its class and this time around things won’t change all that fast. With this model, Ford also started a new design scheme which is expected on their future higher end crossovers as well as trucks. 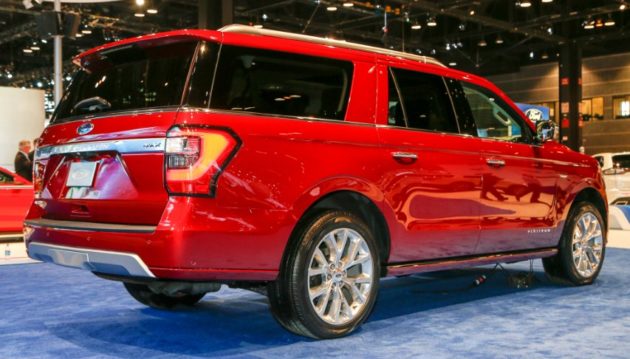 The new Expedition is based on the same chassis as the Ford F-150 truck. This means that it is quite beefy for the weight of the crossover and for what it’s meant to be. To this chassis, Ford added an independent suspension system all around the car as well as plenty of upgrades over the truck. However, the all aluminum body has been kept so the Expedition is considerably lighter than its predecessor and also stiffer. With these in mind, the car should be better to drive, more efficient and also more comfortable.

Ford hasn’t released the pricing scheme for it but it would be same to assume it will cost roughly the same as before. 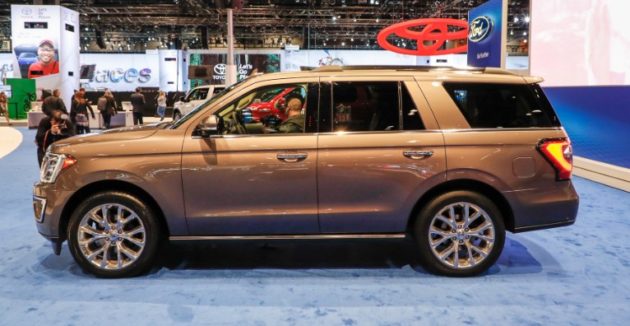 One of the largest changes for the 2018 Ford Expedition has to be the way it looks. Instead of just copying the design of the truck Ford created an all new look for the large SUV. The front end features a brand new grille and a curved look which brings it closer to the Explorer in terms of overall shape. The headlights are nicely integrated into the grille and the C-shaped LED DRLs make a dramatic appearance. Like the truck, the Expedition features a rather low air-dam which renders it useless in off-road, at least in stock form. In contrast, the rear of the Expedition has been squared off for a more muscular look. The end result is a large SUV that is a lot closer in terms of design to a premium crossover than a truck. 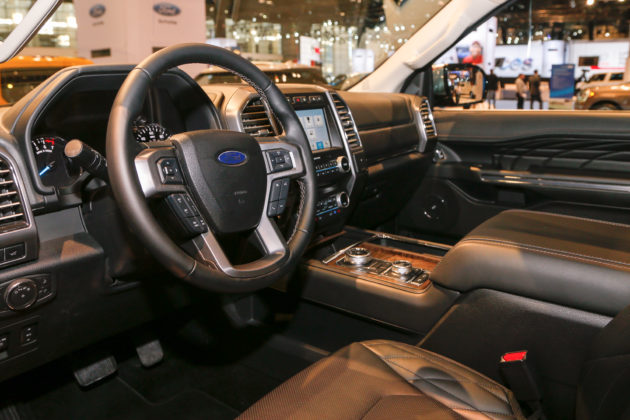 Things improved quite a bit on the interior as well. However, Ford didn’t give it a new design but instead decided to use already available parts. The center stack, most of the dashboard’s design, instrument cluster and also the layout are identical to those in the F-150. The steering wheel is new though and so is the center console. This features a rotary gear selector and a larger armrest together with a new layout for the rest of the buttons. The seats are also better than in the truck and closer in features and adjustment options to those in the Lincoln Continental.

There is still just a single engine choice for the 2018 Ford Expedition. However, Ford hasn’t confirmed the output for it. This is rather interesting but it is quite safe to assume it will be close, or identical, in terms of performance to the new 3.5 liters EcoBoost in the F-150. Here the new engine makes 375 horsepower and 470 lb-ft of torque. Rumors suggested the one in the Expedition would make just as much torque but closer to 420 horsepower in order to outright beat its competitors. The only transmission will be their new 10-speed automatic which is actually one of the better offerings around. Rear wheel drive is going to be standard but a four-wheel drive system will be available. This is going to feature a dedicated transfer box with two speeds which should allow the Expedition to excel at more than just light off-road.