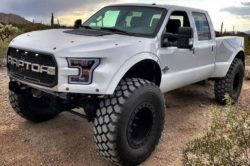 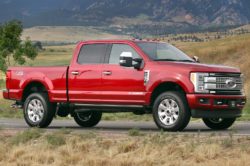 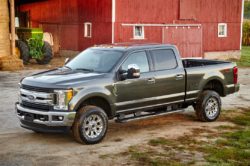 The new Super Duty has been available since the mid of 2016. The truck boasts an all new design, improved engines as well as a new interior. Now that things settled down, it seems that an update is on its way. The 2018 Ford F-250 is expected to bring a few upgrades inside the cabin, possibly revised engines and even new towing ratings. All of these should allow the F-250 to stay at the top of its class. Everything else about it, on the other hand, is expected to remain unchanged which is usually the case with a truck this new. 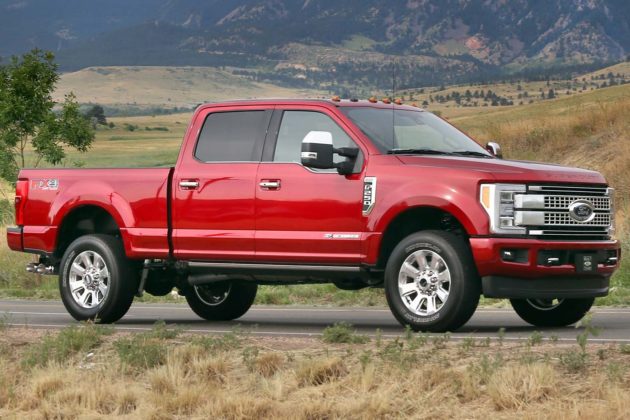 The F-250 will be based on the same design as the current model. This means that it will continue to use the high strength steel fully boxed frame as well as the all aluminum body. While this only saves around 300 pounds over the older generation, it also brings massive improvements to the running gear. The F-250 gets considerably beefier axles than before as well as a much better braking system. The current model will easily tow up to 18,600 pounds with the help of the range topping engine. The lesser engine will also tow north of 10,000 pounds which are highly impressive. Some suggested that the 2018 Ford F-250 will improve on that. How? Well, the engines might get a small boost to their output. This doesn’t mean that the price will change. In fact, the base trick is still expected to cost roughly $32,500 with the higher end versions going well past $60,000.

There are currently two engines available and both of them are expected on the 2018 Ford F-250. The base model will get a 6.2 liter naturally aspirated V8. This currently makes 385 horsepower and 430 lb-ft of torque. The engine isn’t the most efficient but it is one of the most reliable in its class. Thanks to its large amount of low-end torque, it will tow with the correct package up to 15,000 pounds. Some rumors suggested the 2018 model might receive a revised fuel injection system. This would bring the output closer to 400 horsepower and raise the torque to around 450 lb-ft.

Thanks to that the F-250 would get 5 to 10% better towing rating than before. The top end offering will remain the 6.7-liter turbocharged V8 diesel. This makes 440 horsepower and 925 lb-ft of torque and likely things won’t change much for the future model. In fact, it is expected to be carried over completely unchanged. So far both engines have been available with only a 6 speed automatic and either rear or four-wheel drive. It is a well-known fact Ford released a new 10-speed gearbox not that long ago. While we currently don’t know if it will handle the diesel, it would easily be able to handle the 6.2 liter V8. 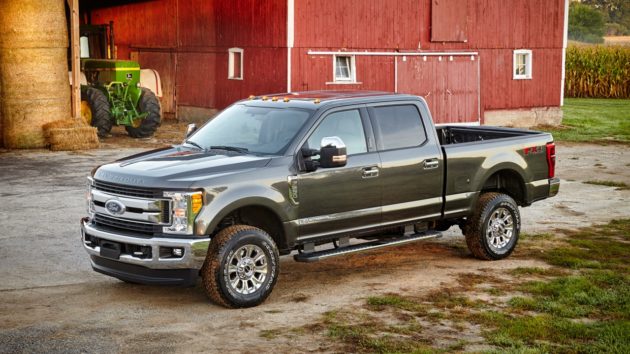 Design of interior and exterior

The design of the interior is going to remain the same as before. However, it seems the 2018 Ford F-250 could receive a few new features on the higher end models. It seems that the automatic trailer steering system might get revised. Also, the 360-degree camera system is expected to receive better quality cameras as well as an easier setup for the rear trailer camera. Its top end models such as the Platinum or King Ranch might do without the gear knob.

In its place, Ford is expected to mount the rotary gear selector which has been in use in most of their other trucks. The truck’s exterior will likely carry on unchanged. We may see a new set of rims for the King Ranch which currently shares the rims with the lesser Lariat model.

Released back in 2010, the current generation of the Focus has been around for a longer time than usual but …