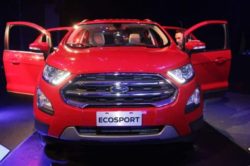 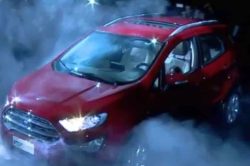 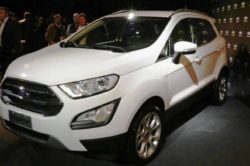 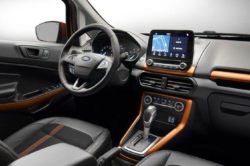 The second generation of the EcoSport has been around since 2012. The car is using the same platform as the Fiesta but it is slightly taller and it features a bold crossover-like design. So far the car has been available in most parts of the world but it wasn’t available in the US. This will change with the 2018 Ford EcoSport. Not only did it receive a major refresh but Ford also announced that this generation will arrive in the US. The car will become their new entry-level crossover and it will likely come at a rather competitive price. Like with most other cars, there are going to be differences between it and the International version but more on that later. 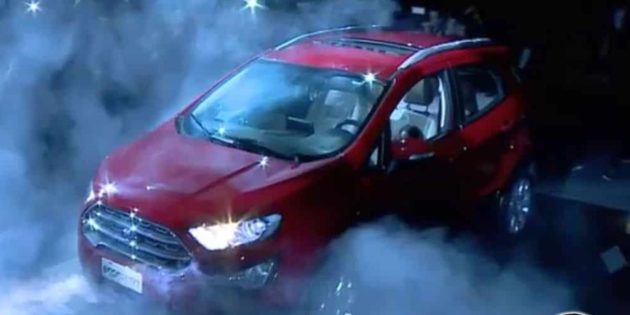 Even though the EcoSport has been designed with economy in mind, this doesn’t mean it is not a capable car. Being based on the Fiesta it means it drives better than pretty much any other car in its class. It also sports a rather low center of gravity for the size and its short but stubby design make for a great city car. The International model starts at less than the equivalent of $16,000. In the US the price might increase, especially since it will also come with new engines and possibly more options as well. 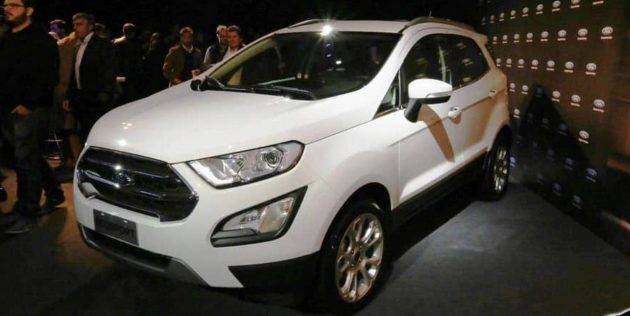 The 2018 Ford EcoSport also received a rather large facelift which will become available soon across the world. This mostly addresses the car’s front end which has been called bland numerous times. For the refresh, Ford decided to go with the same styling that can be found on the Edge. There is a new larger three-slats hexagonal grille while the upper slimmer grille is now gone. The headlights are larger and more angular while the fog-lamps and the bumper feature a triangular motif which makes it seem more aggressive. The US model is also expected to receive unique wheels and so far it seems that the model with the outside-mounted spare wheel might not be an option.

Even though the 2018 EcoSport is a small car, the interior is more than enough for most. The front seats are nearly identical to those in the Fiesta. The car also features the same dashboard as the revised 2018 Fiesta so it is a big improvement over any other car at this price point. There is a standard infotainment system with a large touch-screen, the instrument cluster is clear and the materials are great. The car also features orange accents all around the cabin for a sportier look and end design is quite upmarket. Also, there is considerably more room for the rear passengers than in a super-mini. The only real drawback is the less than ideal trunk space. Luckily though, the side-opening tailgate makes it very easy to access the trunk, so it might alleviate some of the problems with it.

The 2018 Ford EcoSport will come with two different engines for the US market. There is going to be a standard 1.0 liter EcoBoost inline 3 gas engine with 120 horsepower and 125 lb-ft of torque. The higher end model will get a 2 liter naturally aspirated mill with 140 horsepower and 140 lb-ft of torque. Despite the clear difference in power, the smaller engine might be more suitable for it due to the available torque at less than 2,000 rpm. The only transmission will be Ford’s 6-speed automatic which will drive the front wheels only. Unfortunately, the all wheel drive system will only be available with the 2-liter engine which is a bit of a shame. In the future, we may also see a larger EcoBoost replacing the 2-liter mill.

Ford is bloody in love in the mid-size SUVs. In the US it offers three of them (Edge, Flex, Explorer), …