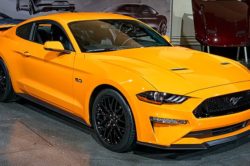 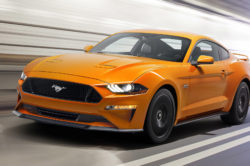 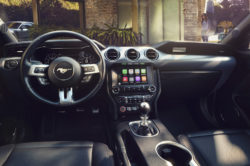 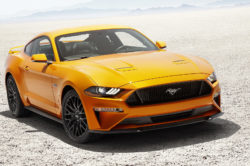 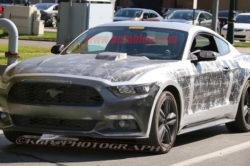 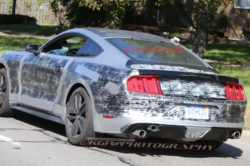 2018 Ford Mustang– Less fuss better everything Ford revived again its glory days upon introducing the sixth generation Mustang in 2014. It is far from 60’s sales numbers, but in today’s time, enough to take the title of most wanted sports car in the world. It is rocking first place in Germany also, beating premium rivals on their home turf. Plainly astonishing! Same as with F150, Ford is not intending to lean back and “chill out”, so 2018 Ford Mustang is here, bringing, even more, headache to the already troubled rivals. 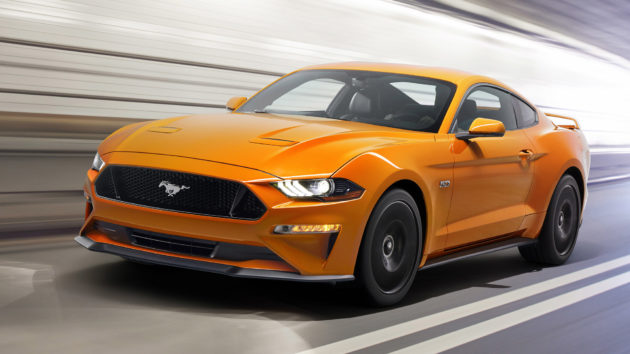 Yes definitely. None of the visual changes are radical at the first site, it seems more as a premium approach to the task, but later your realize that almost everything is changed. It looks sharper and quite aggressive now, it appears more muscular and with muscle car you can never have enough of that. That was, by the way, one of the past critics, citing lack of visual brutality with front fascia, but now that statement loses its ground. As said, the front is new, with new meaner LED headlights, new meshed grille, new razor-edged bumper, and even hood bumps are totally revised. Rear lights are in full LED, there are quad tailpipes, double on each side which translates as double in number than before, certainly increasing menacing factor from behind. If you go for Performance package you will be gifted with quite a huge wing at the back and if it is too tacky for you, Ford allows the exclusion of it.

Just slight changes. A couple of subtle but nice touches with padded knee bolsters, better materials for upper door panels and optional heating for the steering wheel. If you stay with lesser trims, nothing else changes, but with higher echelons, there is new 12-inch instrument cluster replacing standard analog one, letting you choose its layout between Normal, Sport, and Track, keeping the cabin in line with automotive tech trends. 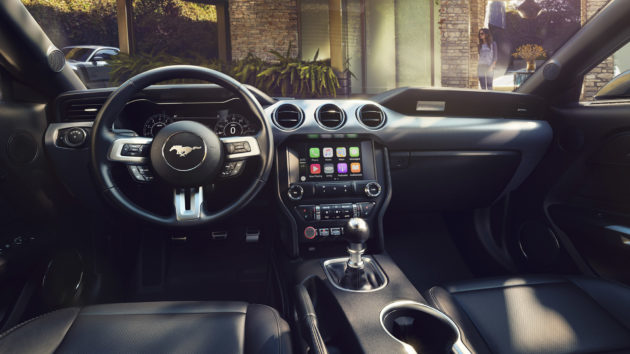 With Americans “the more the better” applies to almost everything and it was similar to Ford, until now. I guess that now it goes with “less is more” as three choices for engine options has been reduced to just two items. Naturally aspirated 3.7-liter V6 producing 300 hp taking 6 seconds to 60 mph is gone, and now you are probably wondering who would ditch such a gem? Why not? The 2.3-liter EcoBoost boost 310 hp and takes 5.2 seconds to reach 60 mph, so it is quicker by a mile from mentioned V6 and it’s easier on gas giving 3 mpg combined more. Further to that, official figures are not disclosed yet, but we know that increase in power is eminent, maybe even to 350 hp which is how much Focus RS has the same engine, so it could be only better. If you start negging about turbochargers and lack of linear development of power, just wait for a second!

Another choice is non-turbocharged, old-school, muscle-ish, 5.0-liter V8 pumping out 435 hp and rushing to 60 mph in 5.2 seconds. Ford claims that V8 is totally revised with new fuel delivery system and capability of reaching higher revs. So, anyone experiencing animosity toward forcing air to the engine, can just simply go for V8 and 8 is better than 6, so should anyone mourn just euthanized V6? NO.

Choice of 6-speed manual or 10-speed automatic remains, and it should be enough for everybody. But that’s not all, since as remarkable novelty stands the fact that manual gets clutch and dual-mass flywheel from Shelby model now, and Performance package brings electronically adjustable magnetorheological dampers again from apparently generous Shelby GT350. Besides that the suspension on all models is returned so expect even better track times.

Then 2018 Ford Mustang is nothing worse than 2017 model, and in fact, it is quite better, packing more muscle visibly, boosting extra power and being tweaked from all sides. If the older model was alluring to buyers, the new one could go only better than that. Also if V6 had to die for others to gain more power, so be it, as long as we still have V8. 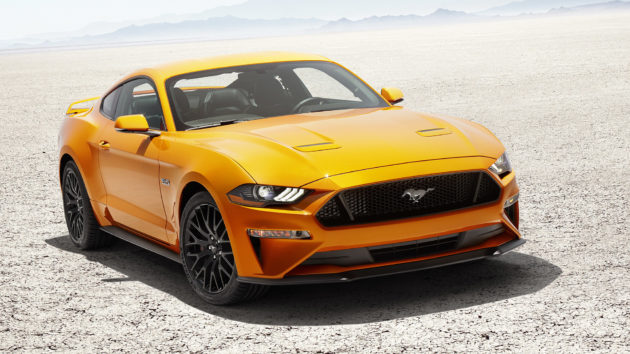 Since the eternal rival, Chevrolet Camaro 1LE had its debut at the LA Auto Show this year, making the life for Ford Mustang tough, changes like MagneRide dampers, a ten-speed automatic and a new Performance Package had to be made in order for Ford Mustang to maintain in the race and keep the flagship competitive.

Current models of this car cost around $65,00, so if you would like this special pony-car in your ownership, expect the price to be higher for 2018 model. 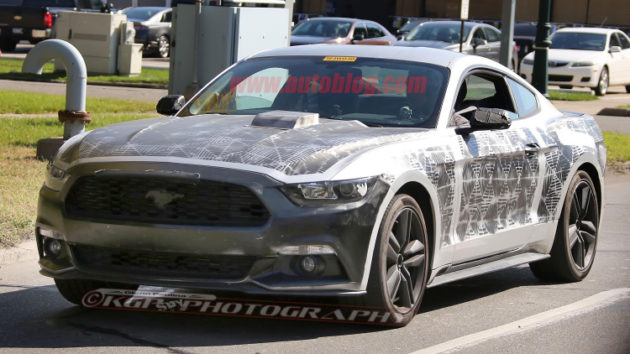 2018 Ford Mustang is expected to debut at an auto show later this year or early next year before going on sale late in 2017 as a 2018 model.

The mechanical upgrades, expected to happen on this car, will probably be joined by a handful of visual tweaks. Spotted camouflaged pre-production prototypes suggest redesigned lights and bumpers on both front and rear fascia, new-look wheels, and two additional paint colors named orange fury and royal crimson.

Ford will expand the list of extra-cost options with a 10-speed automatic transmission, a dual exhaust system with four exhaust tips, and an adaptive suspension named MagneRide borrowed from an aforementioned GT350.

Since the spied prototype was covered with camo-sheets, a little of the cabin interior could be seen. No major changes are expected here, nevertheless, technical upgrades and possible slight changes in the look of the instrument panel opt. 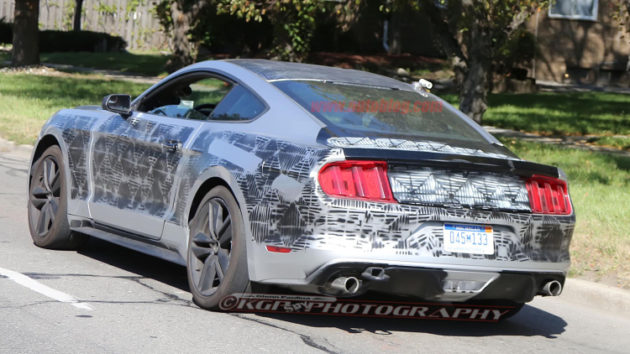 Currently, the Ford Mustang’s V-6 engine is restricted to a trim level that doesn’t offer many options, and Ford may kill it off altogether for the 2018 model year according to a forum post on Mustang6G.com. The information supposedly comes from a dealership employee, who perused the 2018 Ford Mustang’s order guide and found that the V-6 engine order code was marked as “invalid.” That means, with the EcoBoost positioned as the entry-level performance counterpart to the GT, the V6 engine is a leftover from a bygone era, mostly doomed to rental fleets.

Considering the EcoBoost is more powerful than the V6 too, the latter seems quite redundant. Those who don’t like the idea of a pony car with a turbo four under the hood will need to step up to the GT model, which will continue to offer a powerful V8.

The Town Car was released as a direct competitor to Cadillac’s Sedan de Ville. The car was reasonably successful and …