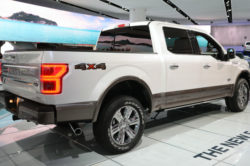 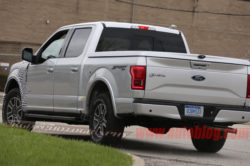 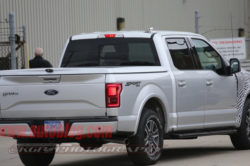 01/17/2017 UPDATE: The 2018 Ford F-150 had its presentation, and it happened at 2017 Detroit Auto Show. Without false modesty Michigan-based company can claim that their new truck was one of the standout models which premiered this year. One of the world’s most sought-after vehicles certainly stole the show at 2017 NAIAS. 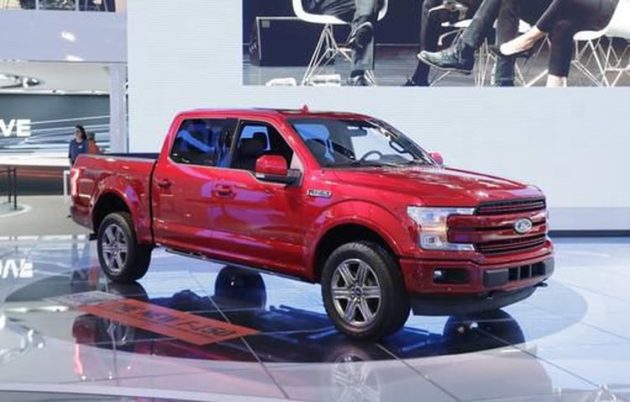 With 2018 MY Ford continued improving its bets selling truck. The revamping of F-150 started two years ago when Ford started using aluminum chassis to make the pickup lighter and more fuel efficient. This year saw the continuation of improvements on Ford’s F-150. The truck now has new ten-speed transmission, and for the first time in its history, it will use diesel powertrain. The diesel engine will have its purpose in enabling Ford F-150 2018 to tow more than it was the case with its petrol units. This reason, of course, wasn’t the only one. The market dictated the tempo in which Ford introduced diesel engine on its best-selling truck (F-150 has been Americas best-selling vehicle since 1977. For example, Ford sold more than 820,000 units just last yer, which makes this pickup per hour selling ratio stand at 903 truck per hour).

Competitors such as Nissan and RAM already have diesel truck for some time now, so Ford needed to follow suit. Other notable changes on new F-150 include wider grill which is now more horizontally positioned, F-150 mark imprinted onto the tailgate, new design for wheels and headlights. On the inside, you have new colors distributed across trims and new infotainment system. New infotainment system includes enhanced Adaptive cruise control, pre-collision-assist system, pedestrian detection, 4G LTE Wi-Fi hotspot, Bang & Olufsen audio system, lane-keeping assist, a 360-degree camera, blind-spot monitoring and as we are already accustomed by Ford, Android Auto, and Apple CarPlay come as optional features.

Ford’s brand new F-150 has been launched back at the end of 2014 and since then it became the best-selling vehicle in North America. However, it seems that this is not enough for Ford. Not that long ago test mules have been spied testing with some camouflage on them. On top of that, it seems that some of these were using quite interesting engines, but more on that later. These are most likely the prototypes for the 2018 Ford F-150 which is expected to launch in early 2017. Not much else has been announced about the truck except the fact that it is the mid-life refresh of the current model. 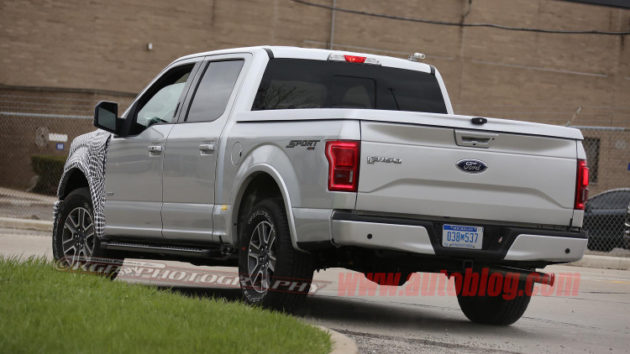 A refresh so soon?

It might seem a bit strange for Ford to release their refresh only after nearly three years. However, it would be a great move as GM is planning the next generation Silverado right about then. The F-150 won’t be the all new truck anymore but it should be more than capable of competing. The truck should retain its all aluminum body but we should now see improvements under the skin. Many people suggested that the truck would become more capable, more efficient and better looking. The price will most likely stay the same as before with the only exception being the newly introduced models.

Even though many rumors suggested otherwise, it seems that the 2018 Ford F-150 will retain its current engines. On top of that, two new ones will be added to the mix. The already well known Raptor will come with a 3.5 liter EcoBoost with over 450 horsepower. The other one is a bit more interesting. Why? Well, because it is a diesel. We know so far Ford hasn’t confirmed this but many test mules sounded like diesels, so we are quite sure of it. However, the actual engine that will fit under its hood is still unknown at this point.

Ford has two different options for the F-150, both of them being equally viable. They might go with the 3 liters turbocharged V6 which can be found on the current Range Rover. This engine is known to make over 250 horsepower and 440 lb-ft of torque, so it would be the perfect competitor for Ram’s Ecodiesel. However, if they use it, Ford will have to extensively modify it. The another choice is their own 3.2 liters inline 5 turbo diesel which can be seen on the Transit. This engine could be tuned to make over 200 horsepower and 400 lb-ft of torque. On top of that, its reliability has been proven long ago. In any case, a 10 speed automatic will most likely be standard, so the F-150 should provide great fuel efficiency.

Even though it might be a bit too early, we are positive that the 2018 Ford F-150 will receive a facelift. Some of the prototypes were wearing heavy camouflage on the front. This might mean that the new F-150 will receive a more similar look to Ford’s other vehicles like the Edge or the new Ranger. We could see a new Edge-inspired grille, new headlights and even new fenders and hood. However, Ford might also go on another route and offer a more similar design to what can be found on the Raptor. 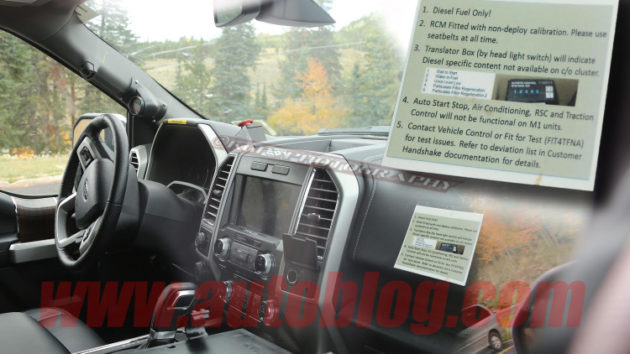 Unfortunately so far not much can be said about its cabin. The 2018 model might receive a nearly identical look to the older model with some minor changes. However, the equipment offered here should be all new. The new 2018 Ford F-150 will most definitely receive Ford’s latest infotainment system, safety features, and even driver-aids. We expect it to receive the automatic trailer steering system from the larger F-250 as well as the 360-degree camera option.

A few years ago Ford was releasing the Atlas concept truck which basically preceded the production model of the F150. …