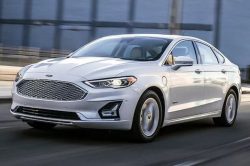 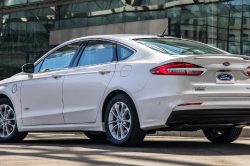 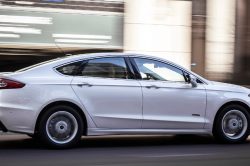 Ford’s second-generation Fusion got a massive revision for 2017, and it will have to endure for at least another year because the 2019 Ford Fusion will receive another software upgrade. Meanwhile, midsize sedan leaders such as Honda and Toyota are sticking to a five-year model cycle, while Nissan tends to go to six. How does the new Ford Fusion fare versus its rivals? 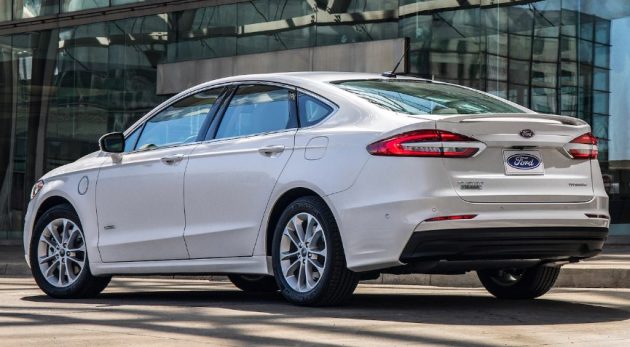 As for the visual changes, they are mild at best, and for someone who is not paying too much attention to details, the new model will look like the current offering. The Fusion has received new front and rear fascias which now boast the lower air intakes and fog lamps in front and the tailpipe and/or faux diffuser in the back. The front grille of the car, as well as the tail lamp trim, is also modified slightly, but the company now offers two new wheel designs and new color options that will certainly make the difference. Inside the cabin, the Fusion will remain the same except the fact that Sync 3 with an 8.0-inch screen will be standard on the SE trim together with 4G LTE Wi-Fi.

Under the hood of the 2019 Ford Fusion, the changes are modest as well. The only notable change is that the company’s 1.5-liter turbocharged engine will from now on be standard in SE and upper trims. On the current model, this 1.5-liter good for 181 is optional in the SE. Nevertheless, the 2019 Fusion is still going to use a 2.5-liter four-cylinder as the base powerplant. This unit delivers 175 hp and 175 lb-ft of torque whereas the range-topping 2.7-liter V6 is not going to be improved, which means that it will still generate 325 hp and 380 lb-ft of torque. Last but not least, Ford is apparently working towards the elimination of the 2.0-liter turbocharged four-cylinder engine. 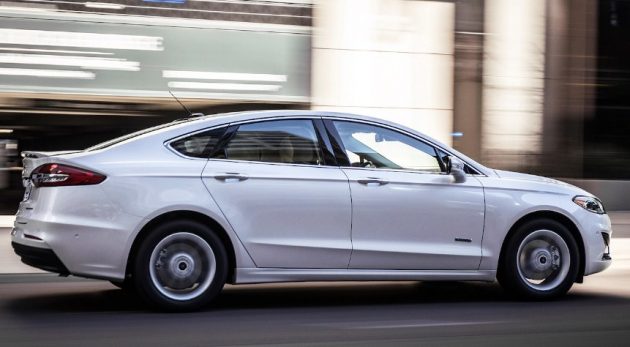 The biggest news about the 2019 Ford Fusion is that the Co-Pilot360 Protect suite will become standard across the line. This suite packs a bunch of driver-assist technologies such as automatic emergency braking with pedestrian det4ection, auto high-beam lighting, blind-spot information with cross-traffic alert, a rear backup camera and a lane-keeping system.

Furthermore, Ford offers an Assist package as well, which adds adaptive cruise control with a stop-and-start capability and this package will be standard on all hybrid models as well as Sport and Titanium trims. However, if you purchase the S, SE or SEL model, you will still be able to add the Assist package, which is placed on the list of options for these trims. With all these features, the 2019 Ford Fusion is expected to retain the IIHS Top Safety Pick rating of the current car, but it wouldn’t be surprising if the new model performed better on some of the tests. 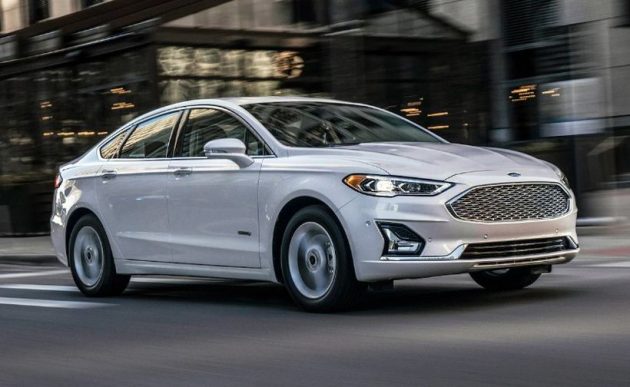 Currently, it is unknown when the 2019 Ford Fusion will be in showrooms. We assume that the car will debut later this year with the production starting either in late 2018 or early 2019. However, we are going to wait for the official information from Blue Oval.

Pricing is also uncertain, but the new upgraded Fusion will be slightly more expensive than the ongoing model. The current Fusion costs from $23,090 to $39,286, destination fees included. Once it goes on sale, the new Fusion will tackle the Chevrolet Malibu, Toyota Camry, and Honda Accord.

The updates should help the Ford Fusion remain in the fourth place in the midsize sedan segment. Even if that doesn’t happen, Ford will not be too apprehensive since, in two years time, 86% of sales will be trucks and SUVs, according to the American carmaker. But we still want to know – do you like the 2019 Ford Fusion?

Not that long ago Ford confirmed that they are in fact going to build an all-electric range of cars. It …

The Ford Fusion provides drivers with a reliable car with great performance and handling. There’s plenty of space on the …