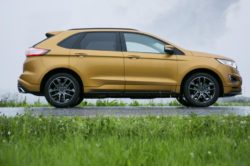 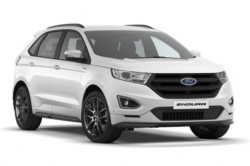 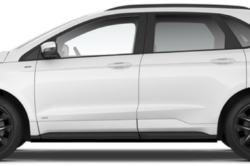 Ford is bloody in love in the mid-size SUVs. In the US it offers three of them (Edge, Flex, Explorer), all being crossovers SUVs, while in the Australia it offers two totally different ones- Territory and Everest, later one being genuine SUV. Furthermore, in Europe, where mid-size SUV segment without premium connotations barely exists, American maker recently decided to test the flexibility of market’s “edges” and offer its Edge there too. It seems that Edge is destined to be tossed around the world as it arrives in Ozzie land in form of 2018 Ford Endura. 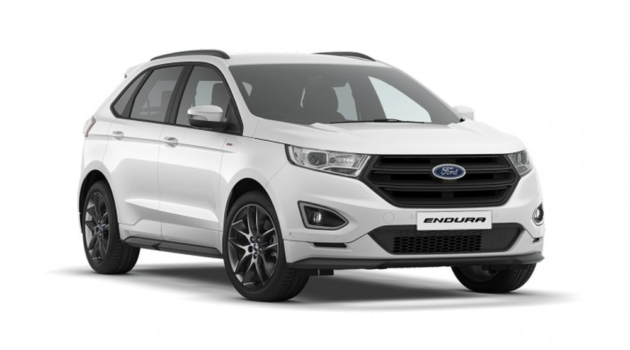 Well, no. Endura is coming to replace Territory, which is a heavily obsolete product, being 13 years old and endured no less than four face-lifts (two bigger and two subtle ones). Also, that ungainly looking thing is essentially elevated Falcon full-size sedan, therefore destined for joint demise as “blue oval” ditches the idea of Australian built models, naturally including ones especially built for it. Edge or in this case Endura will replace Territory as a crossover, while Everest will continue to play on rugged body-on-frame SUV card. It should arrive in second half of the next year, probably as a bit pricier that Territory. If you force us to guess, let’s say around two Australian grand above the mark where Territory starts, which would be $40.5k ($30.7k USD). That still puts it far under the $48k ($36.4k USD) Everest.

Endura will look like exactly as Edge does, while we actually don’t know what that “exactly” means yet. You see, Edge emerged in 2014 in the US, last year it migrated to Europe, while Australians are going to receive facelifted version which is yet to debut. Test mules that roam the public roads are heavily masked, so we wouldn’t try to guess much about upcoming visual changes, but we do expect for Ford to keep nurture its stylishness. We are not sure whether the cabin will experience significant overhaul or not, while even later case is fine as current one features pleasant materials, enormous rear legroom and cavernous boot, along with decent 8-inch Sync 3 infotainment system. Although, current fit and finish leave a lot to be desired. Anyway, Endura will come as a huge boost in the interior refinement compared to humble Territory, the only downside being lack of the third row.

2018 Ford Endura will offer only one engine option and it would be a diesel unit. Official “spontaneous combustion unit” is not yet revealed, but 2.0-liter turbocharged L4 used in Europe would be a natural choice. It comes in two outputs, base one offering 132 kW (180 hp) and 400 Nm (295 lb-ft), while feistier choice produces 160kW (210 hp) and 450Nm (332 lb-ft). Neither of those is particularly peppy, propelling Edge to 60 mph in 9.9 and 9.4 seconds, meaning you might miss old Territory’s petrol and diesel V6 acceleration times. Still, new fuel efficiency figures of around 5.8L/100km overall (40 mpg combined), are certainly beating the old ones significantly. So, after much years of heavily dated mid-size crossover offering, Australia is finally going to be treated more fairly or same as the rest of the world.

See also  Will Ford bring the Excursion back?