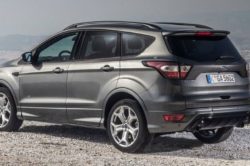 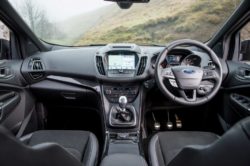 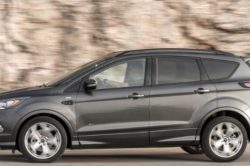 The Kuga is one of Ford’s best-selling models. The car is available in Europe as well as in the US under a different name. The ongoing generation has been around since 2012. However, this is actually a heavy update of the first generation which was released back in 2008. Since then it didn’t change as much as it should have. During the updates, the Kuga became a rather dull crossover which is a heavy contrast in comparison to the first model that was one of the best-driving crossovers around. For the upcoming 2018 Ford Kuga it seems that things could change for the better once again.

So far Ford hasn’t released any official details about it. Despite that, industry experts, as well as inside sources, did say a few things about it. For starters, the new model could be based on the same platform as the Fusion or at least an evolution of it. The same chassis will also underpin the new Focus. Thanks to it, the new Kuga’s weight is set to decrease, its structural rigidity will be greatly improved while the space inside the cabin should increase. 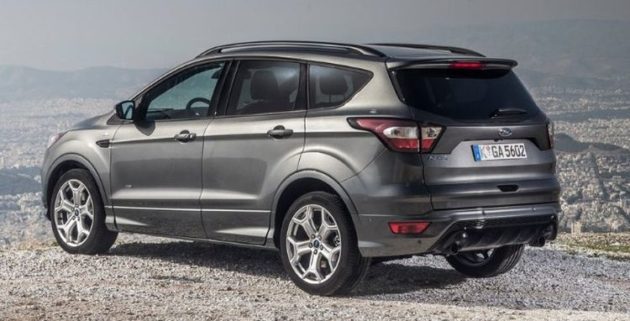 The price is very likely going to be similar to the outgoing model. While the European version is a couple of years away, the US model will actually come later down the road.

The 2018 Ford Kuga is definitely going to share its design scheme with the revamped Edge. While the wide hexagonal two-slats grille could stay, the bulky headlights and V-shaped hood are expected to be gone. In their place, we expect to see something a lot more similar to its larger sibling. The headlights are likely going to become smaller, the grille could too while the bumper will definitely get more aggressive. Its trademark massive windshield, as well as the hatchback-like roof-line, are most likely going to stay though. Thanks to them the Kuga will remain as good to drive as its predecessor. 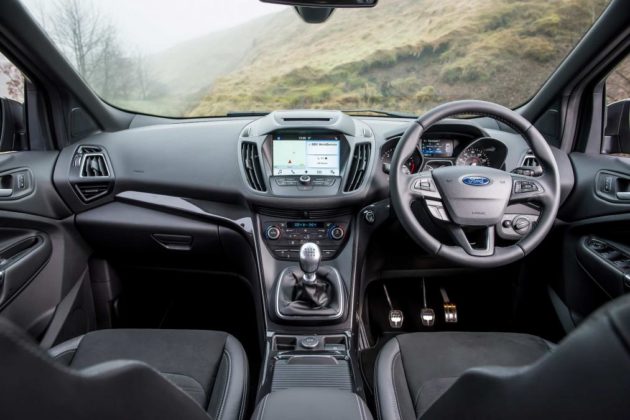 A 7 seat model is still very unlikely, especially since the Edge doesn’t offer such an option. However, the Kuga will likely get sliding rear seats, optional ventilated front and rear seats and possibly an electric panoramic roof. There will be more trunk space than before while the rear passengers will benefit from considerably more legroom than before. The Kuga’s odd dashboard is also going to be gone. Here the new 2018 Ford Kuga won’t borrow anything from the Edge. Instead, the car is actually expected to go on the same route as the Fiesta. This means a more modern dashboard design with fewer buttons and better materials. 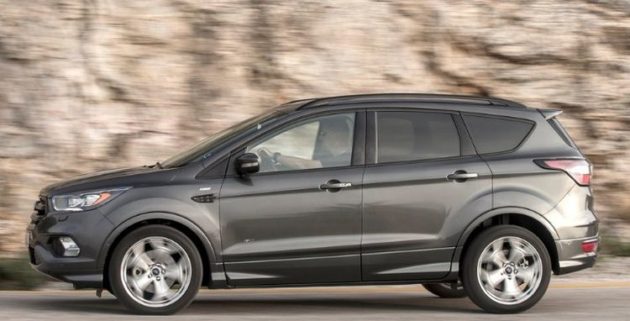 The base engine is likely going to be a 1.5 liter EcoBoost. Even though it will share its displacement with the older generation, it won’t have much in common. In fact, this engine would be Ford’s new 3 cylinder turbo which is capable of anything between 150 to 200 horsepower and north of 200 lb-ft of torque. It would replace both the old 1.5 and 1.6 liter EcoBoost engines. A 2-liter turbo four with around 275 horsepower is expected on the range topping model. In terms of diesel, the car will likely rock an updated 2-liter turbocharged unit offering between 150 to 190 horsepower and over 300 lb-ft of torque for some versions. A 6-speed manual will remain available for the front wheel drive cars. Likely Ford’s upcoming 9 speed automatic will find its way across most of the other versions as well as the AWD cars. This will be able to offer better fuel consumption than the old 6-speed gearbox as well as better performance thanks to its closer spaced gears.

Despite being first muscle car in its generation, the Mustang still lacks a few core versions. In order to fill …