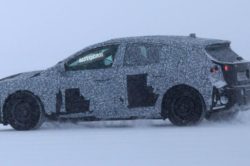 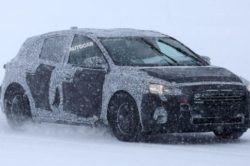 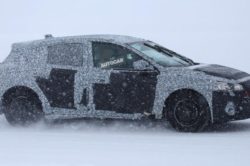 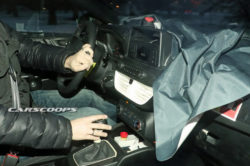 The third generation of the Focus has been around for 7 years so it is not exactly fresh at this point. The car went through a major refresh a while ago but even so its overall design remained similar to the original. Currently, the Focus is one of the better-selling cars in its class with its great dynamic characteristics and powerful engines. However, its competitors are getting better so a new model will have to be released soon enough. Even though Ford hasn’t actually released any new information about the car, ever since January we started seeing development prototypes for the 2019 Ford Focus. It is also worth mentioning that these were using the upcoming body style and not the current car’s body, in contrast to the early development mules from 2016. 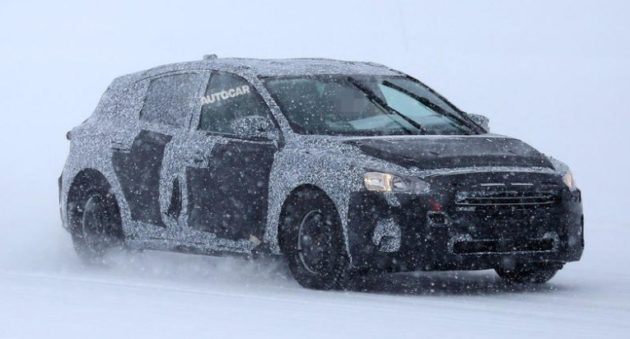 Despite there is very little information available, it seems the new Focus will grow quite a bit. This became clear from last year when the development mules used a hacked-up body from the current generation. The car seems to be longer, wider but it seems just as tall as before. Also, it seems that the wheelbase will increase quite a bit over the older car. Also, it seems that most rumors seem to suggest that Ford will ditch the old C-car platform. Instead, they might move the Focus on their CD4 chassis which is far better in terms of rigidity and also weight. With it, the Focus’ playful character will become even more impressive which will likely make it the most fun car in its class without compromising on the comfort it offers, a practice is done by the current generation. 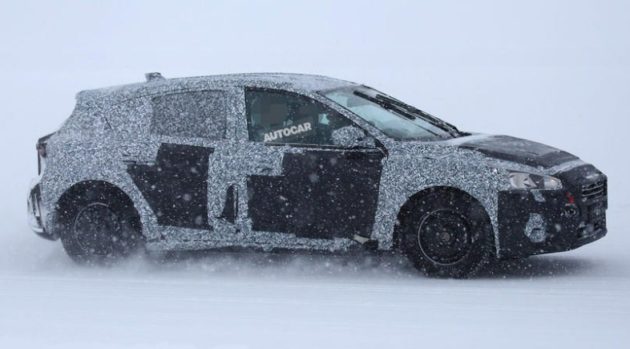 For starters, thanks to the larger overall body, the 2019 Ford Focus is more than likely going to sport more room inside the cabin. The current car is good enough but those in the rear do get less space than in its rivals. The new model is expected to solve that while also offering a lower driving position. This has been a problem for the current car which offered a taller driving position that was great for visibility but poor for comfort. The new body style should also allow for more trunk space without intruding inside the cabin. 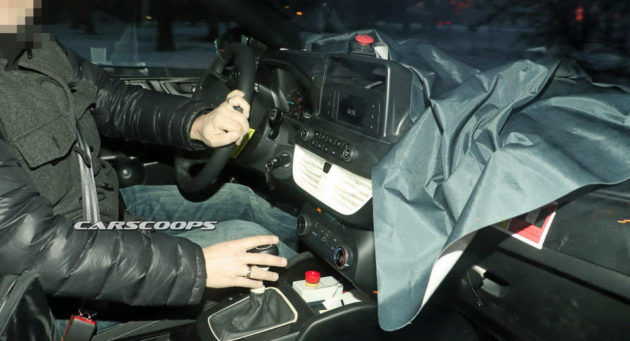 Its exterior seems to have grown quite a bit, and not just in size. The car seems to take a lot of design cues from the new Fiesta and the Fusion. Its front end is definitely is definitely lower and wider with similar headlights to those on the Fiesta. The car features an arched roof with a much wider rear end. The tail lights have moved inward and the tailgate seems to be wider as well.

It is safe to assume that the 2019 Ford Focus is going to come as standard with a 1 liter 3 cylinder EcoBoost. This will feature cylinder deactivation and it would be the same as in the upcoming Fiesta. The output of the engine is unknown but the 1-liter mill is known to be capable of 140 horsepower and 200 lb-ft of torque. This would be a great starting point for the Focus and definitely better than the old 2 liters naturally aspirated mill. Further up the range, we may see a 1.5 liter 3 cylinder EcoBoost, similar to that in the Fiesta ST, but this time around with less power and torque. A 6-speed manual is likely going to be offered as standard while an automatic, likely a 9 speed, could be an option. The car’s ST and RS versions are expected at a later date. These will likely feature new engines, more power, less weight and many improved interiors.

Not that long ago Ford confirmed that they are in fact going to build an all-electric range of cars. It …