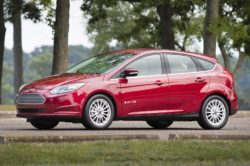 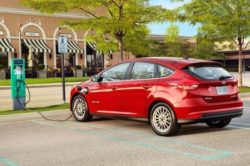 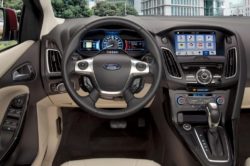 The electric Focus has been released back in 2011. Since then the car didn’t change all that much. It received a visual update but the powertrain remained the same as before. Even though we had high hopes, it seems that the newly revised 2018 Ford Focus Electric is basically the same car as before. It still boasts the same engine and electric range and the only change over the 2017 model are the addition of a new color. Despite that, the electric Focus is not such a bad choice for some people. Starting at $30,000 and coming with pretty much everything as standard, it does offer good value for money. However, it lacks the electric range of its rivals and there are some quirks that some people could find annoying. 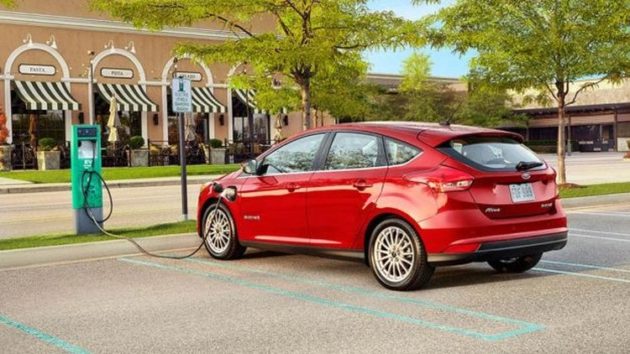 Luckily the car did receive an upgraded powertrain last year, so the 2018 model won’t suffer from the same problems as the original. It also brings a really potent chassis into the mix. The Focus platform is one of the more structurally rigid out there. Thanks to that the electric Focus drives better than most other electric cars on the market. It also manages to offer a really nice feedback through the steering wheel which is usually no the case in its class.

As we said, this has been extensively revised last year so the 2018 Ford Focus Electric is quite a bit better than before. The electric motor that drives the front wheels offers up to 143 horsepower and 184 lb-ft of torque which are directly connected to the front wheels via a direct-drive gearbox. Even though it may seem lackluster, the acceleration is definitely electrifying and it can be quite fun to drive. While the car is heavier than its gas-powered counterparts at 3,600 pounds, it is lighter than some of its rivals.

The 34 kWh battery pack will suffice for 115 miles of all-electric range. For those who are used with electric cars though, it seems that 130 miles are possible with a single charge. Ford is also offering as standard a revised charger which will top the car up from a 240V outlet in less than 6 hours. For those still using an 110V charger though things might get interesting. In this case, the electric Focus will charge in more than 30 hours which is not that great. 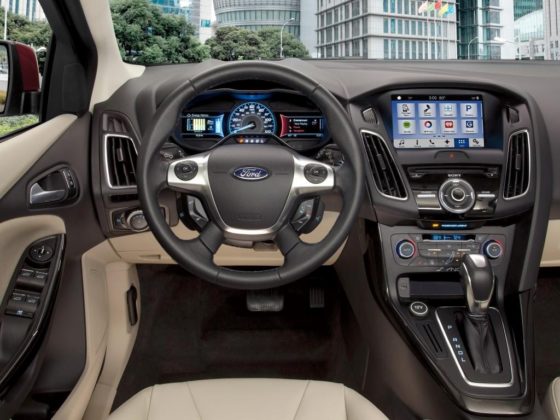 Unfortunately, the cabin of the 2018 Ford Focus Electric shows its age. This is the same as that of the car released more than half a decade ago. Even though they did add new features such as a new infotainment system or climate controls, it still feels old. The curvy dashboard with the massive center stack just isn’t up to date anymore. Luckily though, the electric Focus will still offer plenty of kit for the price. It gets, as standard, a Sync3 infotainment system, Apple CarPlay and Android Auto, a Sony premium sound system, a leather-wrapped steering wheel as well as dual-zone climate control. The driving position might be a bit high but the car is quite comfortable. The rear seats are slightly sub-par but the Focus is still better than some of its rivals. The drawback is the trunk which is considerably smaller than that of the gas-powered car.

The only change here is the addition of a new color and that’s it. It still looks the same as the regular gas model with the minor unique touches such as the electric port on the front-left side or the lack of fog-lamps. The Focus Electric gets the same wheels as the Titanium model but it is not available with the revised sporty bumpers and rear spoiler.