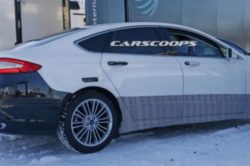 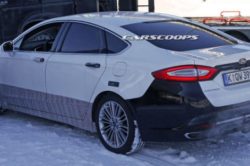 The all-new Fusion has been released quite recently and unlike what many said, it actually came with a high-performance version. This is more powerful than many of its competitors and it finally put Ford on the map for family sedans. The European version of the car, on the other hand, will receive its update with the 2017 Ford Mondeo in the autumn of 2016, most likely at the Paris Auto Show. While so far there haven’t been all that many details leaked or told about it, the car is very likely going to follow the same recipe as the US model of the Fusion.

In fact, so far we have seen a couple of test mules and camouflaged versions of the car. These suggest for changes to its front and rear end as well as slight changes to the car’s trim levels. On top of that, a test mule was spied in Australia. This still used the Fusion badge of the American model but it was clear that it was not a Fusion. Instead, this might mean that the Mondeo will finally return to the market with an ST version which has been missing for a really long time now. The platform, most of the engines and the equipment level are all going to remain pretty much the same as before which is to be expected while the price will still start at little over the equivalent of $25,000.

One of the largest changes of the 2017 Ford Mondeo is going to be its cabin. Here the passengers are going to benefit from better materials, new technology, and likely a more comfortable ride as well. Most models will receive an improved infotainment system with higher quality speakers. The new trim levels or as options on the base models, Ford’s Sync Connect infotainment unit is also expected to be offered as a feature. This will allow the driver to check the car’s status via a phone and it will also allow the remote use of some of the car’s functions. The new Sport edition should receive Alcantara upholstery, Recaro front seats with a Recaro rear bench seat, perforated leather inserts and likely aluminum trimmings inside the cabin as well.

There is not all that much to say about the car’s design. While the test mules did not change all that much, the production model is expected to get the same front end as the new Fusion. On top of that, the Sport edition, or the ST in some countries, should receive new skirts all around as well as a quad-exhaust system. This version will also feature a small wing but this should also be offered on the other models as an option as well. 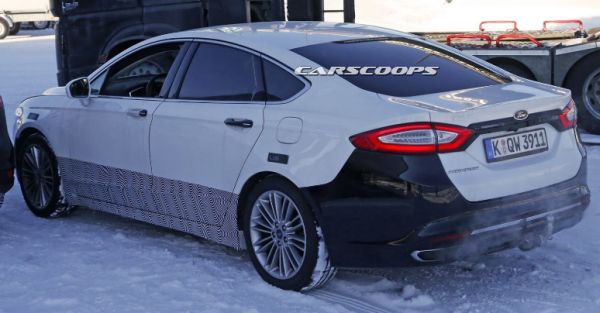 The 1, 1.5 and 2 liters turbocharged petrol engines are all going to be carried over unchanged to the 2017 Ford Mondeo. These will offer between 125 and 245 horsepower but take into account that some markets will only receive some of these, not all three. Two diesel engines are also going to be offered with outputs ranging from 110 and 230 horsepower. These will likely be among the best selling engines on the new 2017 Ford Mondeo thanks to the low fuel consumption and good performance.
The upcoming ST version of the car, on the other hand, is expected to get a twin-turbocharged 2.7 liter V6. This EcoBoost unit should develop 325 horsepower and 350 lb-ft of torque and it should make the Mondeo the fastest car in its class, or at least in its price-range. This will be available just with an all wheel drive system and only with a new automatic gearbox that will be able to handle all of that power.