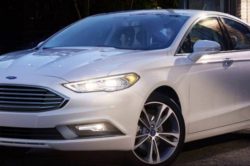 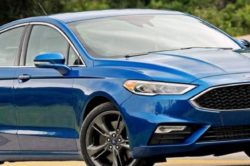 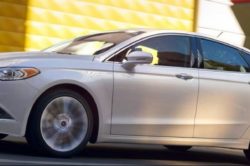 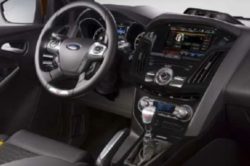 The Fusion was unveiled back in 2012 and it received a major update for the 2017 model year. Because of that, the rumored 2018 Ford Fusion is more than likely going to be just a mild refresh. The car is expected to receive new color options, possibly a new set of rims as well as Ford’s latest safety upgrades. However, the engines, running gear as well as the rest of the car will more than likely be identical to the current version. This is to be expected with a car that has just been refreshed last year. The next generation is likely a couple of years away.

The Fusion is one of Ford’s first cars to use the CD4 modular chassis. This offers improved rigidity, a lighter construction as well as more engine mounting options than its predecessor. However, it is not perfect and the 2018 Fusion is likely not going to solve its issues. For starters, the driving experience may be considered a bit too disconnected from the road. This is mostly due to the electric power steering which can’t really offer the feedback of a hydraulic system. Some did suggest that the 2018 model will receive a tuned suspension setup more similar to that of the Sport model. While we would love this to happen, it is highly unlikely.

The price is still going to start at around $23,500 for a base model. Its top end versions are set to get slightly more expensive though.

There is no doubt about the fact it is one of the best looking cars in its class. Luckily the 2018 Ford Fusion won’t change much. As we said, it will continue to use the same design as before. The front end will have just the right amount of aggressiveness with the swept back headlights and sharp bumper design. The new model could receive a couple more colors, which were already available on the Mondeo, as well as a new set of rims for the base model.

The 2018 Fusion will remain a roomy sedan with plenty passengers and luggage space. However, it will also continue to offer sub-par levels of craftsmanship as well as a less than ideal set of materials. The good part is that it will continue to offer Ford’s Sync3 infotainment system as standard on most models. On top of that, it does offer one of the best driving positions in its class. The big change will be the new set of safety features. These are expected to be moved from the paid optional package into the standard equipment of all models which will definitely boost its safety ratings. 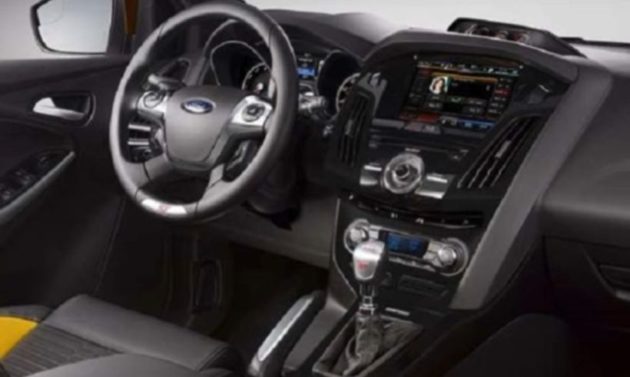 The base engine will remain the 175 horsepower 2.5 liters naturally aspirated inline 4. This has been used mainly by fleets and things won’t change for the 2018 Ford Fusion. Most buyers are going to opt for the 1.5 liters turbo-four EcoBoost. With 181 horsepower and 185 lb-ft of torque, it not only offers more power than the larger 2.5-liter unit but also considerably better fuel efficiency. It will manage up to 29 MPG on average. The 2 liter inline 4 EcoBoost will continue to offer 245 horsepower and 275 lb-ft of torque. Both of these will come with front wheel drive as standard and a 6-speed automatic gearbox. All-wheel drive will only be an option for the larger engine. The Sport will continue to be the only model to receive the 2.7 liters twin-turbo V6. With 325 horsepower and 380 lb-ft of torque, this will remain one of the most powerful engines in its class. Unlike the others, a standard AWD system will be offered coupled with a heavier duty 6-speed automatic gearbox.

Ford is bloody in love in the mid-size SUVs. In the US it offers three of them (Edge, Flex, Explorer), …