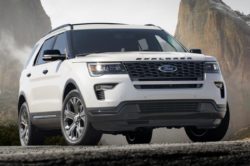 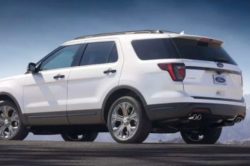 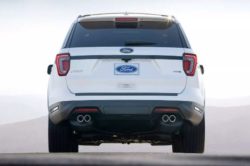 Even though it still is relevant to this day, the Explorer is based on a dying platform which will eventually be replaced by Ford. The current car is expected to be phased out soon enough and replaced by an all-new model. The rumored 2018 Ford Explorer is the car that might do just that, but not entirely. Ford will more than likely keep the current Explorer in production for at least half a decade. Why? Well, the Police Interceptor Utility is one of their best-selling fleet cars and we don’t expect this to change anytime soon. 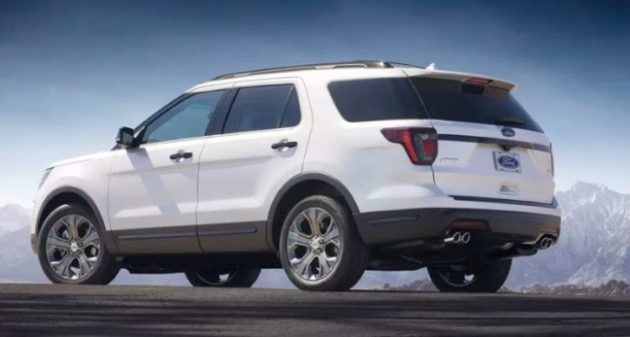 The D4 platform on which the Explorer is built has its roots all the way back in the late ‘90s. Because of that, it is not as light or easy to make as the more modern alternatives. There are some heated discussions about the upcoming model. Inside sources suggested that the new model might go back to rear wheel drive. In fact, the car may share its platform with a future Lincoln which will slot right under the Navigator. This would give the Explorer the driving characteristics it needs to be successful. However, let’s not forget that Ford doesn’t really have a rear wheel drive platform for the car. The Mustang is the only one and it is not really suited for crossover use. Some also suggested that the new model will be based on their CD4 platform or an evolution of it. This would make a lot more sense considering Ford already has a few crossovers based on this very platform.

The price is unknown but no matter what platform it will use, we don’t expect anything over $35,000 for a base model. 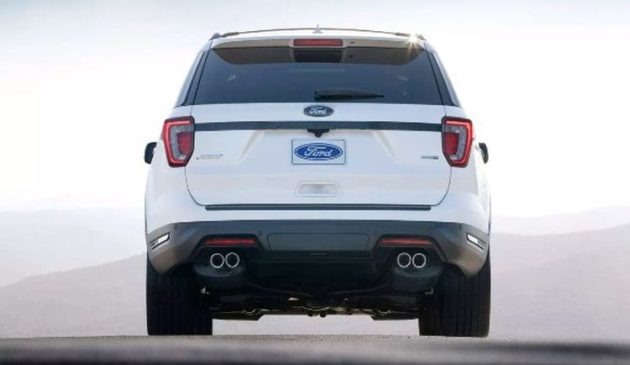 Even though the design of the current model is still relevant, we expect Ford to go a different route with the upcoming car. Not that long ago the new Expedition prototype was seen and it seems that the future 2018 Ford Explorer might share a few design traits with its larger sibling. The front end will continue to offer the same angled look but the grille, headlights, and bumper will be all new. Also, the car’s thick C-pillar might be blacked out in order to give the impression of a shorter overall car. The end result should be a more modern Explorer that will better follow Ford’s latest design scheme.

The new car is going to feature five or seven seats while also being able to carry all of its passengers’ luggage. The current car has a rather bland interior which is similar to that of the cheaper Edge. The new model is expected to get a more impressive cabin than before with a more modern design. The dashboard should also featureless plastic while also adding a much higher level of craftsmanship than before.

The base 2.3 liters EcoBoost inline 4 is still expected on the upcoming 2018 Ford Explorer. This might get a small bump to around 300 horsepower and over 310 lb-ft of torque. However, despite being more powerful the fuel consumption should go down thanks to the considerably lighter build. The old 3.5 liters Duratec V6 is expected to be discontinued. In its place, we may see Ford’s new 3.3 liter V6 which has just been revealed. This only makes 282 horsepower but we are sure it is capable of more than that. The top end model will likely stick to a larger EcoBoost V6. This time around though this may very well be a smaller 3 liter unit with close to 400 horsepower. Like with the other models, it will not only be faster but also more efficient.