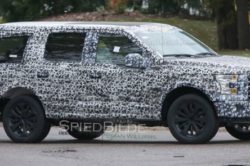 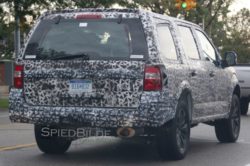 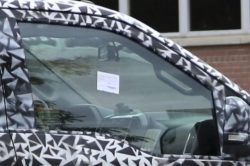 Because most of its rivals have been massively updated or are about to receive major upgrades quite soon, an all new 2017 Ford Expedition is in the works in order to give Ford a good chance at keeping their spot in the full-size crossover market. Just like with the current model which is using a truck’s chassis, the upcoming model will keep the recipe unchanged which is good news because Ford’s latest truck is the first all aluminum bodied truck in the World. This is great because the current Expedition weighs more than 6,000 pounds which are a lot for a car designed for on-road use.

The new model is expected to shed as much as 1,000 pounds which would allow them to get the Expedition among the lightest cars in its class by a big margin. The massive weight loss will not only show in the way it drives but it will also mean that the new model will require less power to do the same job as before and it will also likely use quite aw bit less fuel than before. The all new body the car will use should not impact the price all that much so we still expect it to start around $45,000 while a fully equipped version might go to more than $60,000 which would still be cheaper than some of its main rivals.

The one thing that will most likely not change on the 2017 Ford Expedition is going to be the engine that will live under the hood of the car. Many people said that it may receive a smaller 2.7 liter V6 but it seems that Ford will most likely install their all new 3.5 liters twin-turbocharged V6 which will first debut on the Raptor. However, while in the Raptor the engine will make more than 450 horsepower, the Expedition version will likely be around 410 to 440 horsepower and more than 450 lb-ft of torque, enough to outclass its competitors and thanks to the massive weight loss the car will receive it should mean that with the proper equipment it will now tow well over 10,000 pounds, more than any other crossover on the market. 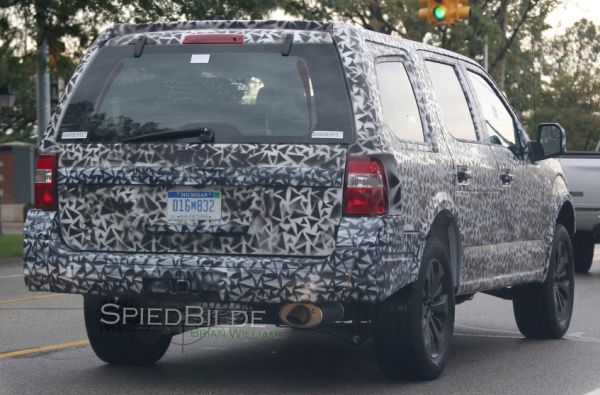 Just like with the Raptor, the new Expedition will very likely get the same 10-speed automatic which is set to be used on Ford’s entire lineup of a rear wheel driven cars in the near future. A four-wheel drive version with an independent suspension at the back will be available as an option which will not be spectacular in off-road but it should handle the lighter car quite well.

Now, Ford hasn’t said anything officially about how the next generation Expedition is going to look but if we take a close look at the older models and at the current generation F-150 then it is safe to assume that the 2017 Ford Expedition will basically get the same front end as the truck with a redesigned rear which will make or break the design. A test mule has been spied not too long ago but this didn’t look finished, so things might change until the end of the year when the production-ready version is expected to be released. 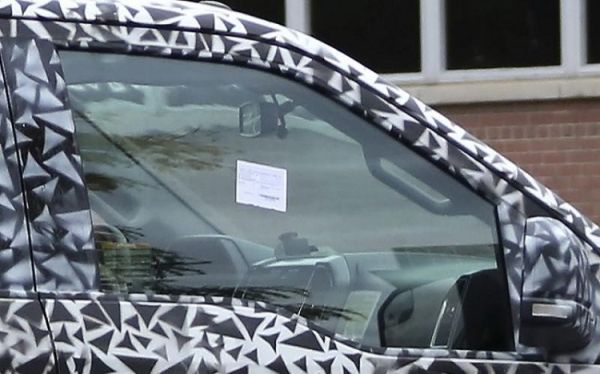 Unlike the F-150 though, the interior of the car is going to be quite a bit more different in order to account for the larger price and class. The materials used inside the cabin are going to be better and even on the base model, the car will be able to seat up to eight people. Ford’s Sync 3 and Connect infotainment units are going to be available across the range as optional extras and its entire dashboard is going to be redesigned, most likely with cues from the Explorer.