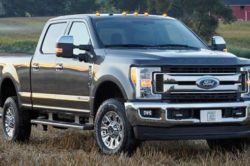 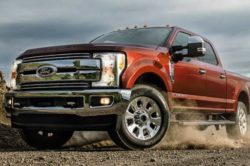 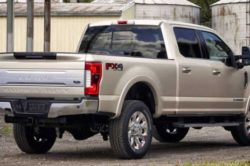 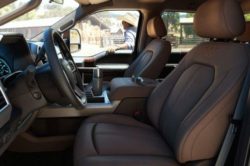 Just like with what they did with their F-150 series, Ford is the first manufacturer to bring on the market the all new heavy duty version of their half a ton pickup truck with the 2017 Ford Super Duty. The new series has been showcased in Texas back at the end of 2015 but so far Ford hasn’t set an availability date which is a bit odd. However, it is safe to assume that the new heavy duty trucks are going to be available for sale starting with the second half of 2016 at prices ranging from as low as $35,000 for a basic F-250 and all the way up to more than $70,000 for the luxury versions of the F-450. 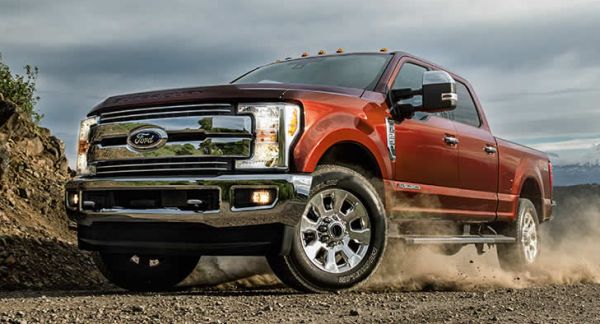 Probably the largest update for the all new Super Duty series is the all new all aluminum body which has first appeared on the smaller F-150. Unlike with the older model which used a bespoke steel body, the new model shares its cabin with the smaller truck.

Despite that, the design has been altered in order to offer a more muscular look while the bed has been made from a better type of aluminum. Even though the aluminum saves a lot of weight, the truck is only 350 pounds lighter than before and this is mostly because Ford decided to beef up the suspension, brakes and most of the running gear while the chassis has been made out of high strength steel so it is a lot more rigid than before which is great for towing much larger loads than the older trucks. 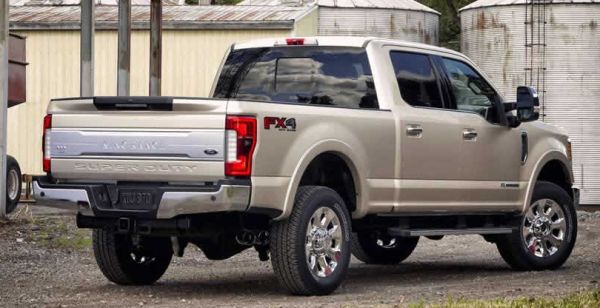 In order to help even the most novice drivers, the 2017 Ford Super Duty features a lot of new equipment meant to make it a lot easier to drive than most other trucks in this class. There are seven available cameras on the truck, all of which offer a 360-degree view around it while the back camera can help the driver when backing up with a trailer attached which is a lot easier now thanks to a system that automatically steers the trailer behind the truck. The interior is also a lot better than before and even the most basic versions can be had with automatic climate control and Ford’s Sync infotainment units. 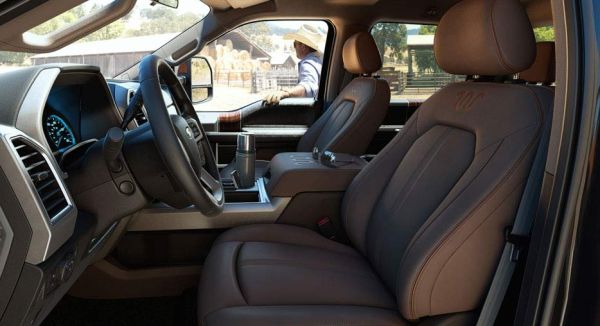 Like we mentioned above, the exterior has been heavily revised over that of the previous model of the Super Duty and it now arguably looks better than pretty much all of its direct competitors. Ford even added a new Platinum edition which brings luxury for the larger trucks on the market with features such as chromed inserts on the exterior, larger 20 to 22-inch rims and even a lot more customization options.

Unfortunately what is under the hood of the 2017 Ford Super Duty is pretty much the same as before and there are no real differences between the generations. This is a bold move from Ford because they updated their diesel lineup a while ago and decided to stick with the older petrol engines due to their reliability. This means that the smaller trucks get the 6.2 liters naturally aspirated V8 which offers a good 385 horsepower while the larger F-450 and above get a 6.8 liter V10 which offers only 362 horsepower but 457 lb-ft of torque. A diesel is available across the range which mates a 6.7 liter turbocharged V8 with a 6-speed heavy duty automatic and rear or four wheel drive.

This particular model is the most powerful in the range at 440 horsepower and 860 lb-ft of torque. In the near future, we expect a small bump to its diesel engine in order to make the Super Duty series the most powerful on the market once again.