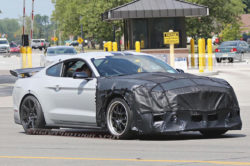 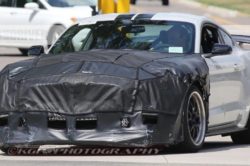 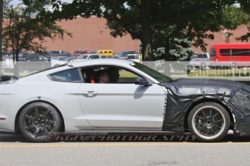 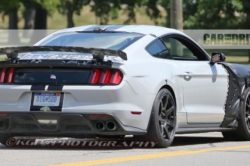 Despite being first muscle car in its generation, the Mustang still lacks a few core versions. In order to fill those gaps, Ford is going to release at least a couple of new models for the car. One of these is going to be the upcoming 2018 Ford Mustang Shelby GT500, the competitor for the Camaro ZL1. Unlike the Camaro though, the GT500 will actually be the top of the range for the Mustang. Because of that its pricing might be a bit challenging but more on that later. The car hasn’t actually been confirmed by Ford but it has been spied in numerous occasions. It was also seen with clear markings about its engine which is also very interesting. 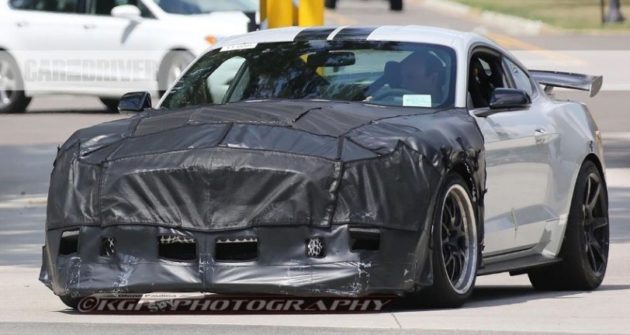 Like before, the GT500 will be Mustang’s new top of the line model. However, this time around it will not be just a straight-line machine. Instead, it seems that it will be something more in the lines of the GT350 with a lot more power. This also means that its price might be a bit too high for some people. Early rumors suggest over $65,000 for a base model with some reporting as high as $80,000. At this price point, it would have to compete with the Z06 Corvette which is one of the best cars in its class. However, until it will be released in late 2017 these are just rumors. Ford may decide to price it at the same level with the GT350R in which case it would become a steal. 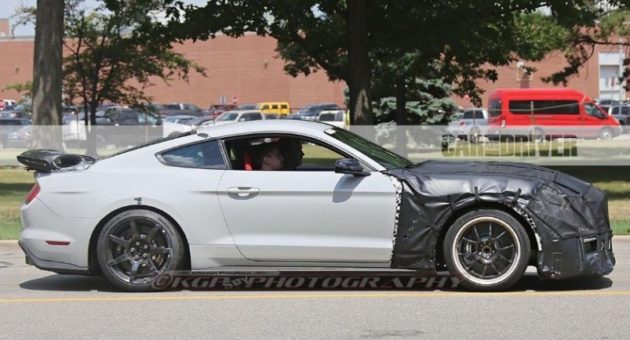 The chassis and running gear

The older generation of the GT500 had a live rear axle and technology that dated back to the ‘50s. The 2018 Ford Mustang Shelby GT500 is going to be nothing like that. For starters, it will use the same suspension system as the GT350. This means a fully independent setup with shocks aimed for track use. The brakes, at least on the prototype, seem to be carbon ceramic units which are definitely larger than those on the lower end models.

How will it look?

The Shelby is going to use the same body found on the GT350 and its R counterpart. This means that even though it may look the same, it really isn’t. The front end will be lower than on the base models and it will sport a more aggressive front fascia. These will allow the car to handle better at speed without sacrificing the looks. Over the regular GT350, the 2018 Ford Mustang Shelby GT500 should feature a slightly different aerodynamic kit, wider wheels, at least in the back, as well as unique paint options. The interior should be similar to it as well. All the creature comforts are going to be provided on the base model. Ford might release some upgrades for it such as Recaro seats and even unique upholstery. 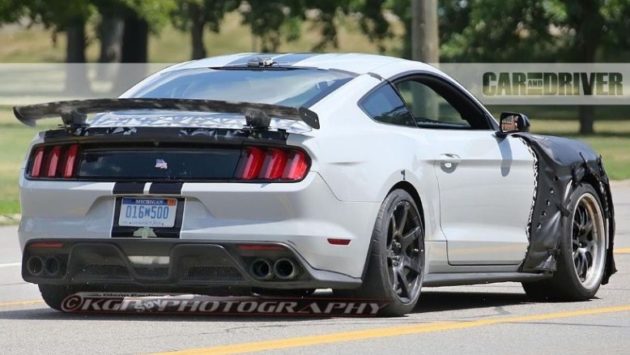 This will be Ford’s first production car to use a turbocharged V8 gas engine. The GT500 is expected to use their brand new 5 liter twin-turbocharged V8 which has been in development for some time now. This engine was first seen a couple of years back and it was spied more recently under the hood of a Mustang. It seems that it may be able to make upwards of 740 horsepower and 600 lb-ft of torque while some even suggested that it will make more torque than the Hellcat. With it, the Mustang should be more than capable of outrunning the competition. A 10 speed automatic is expected as standard while an electronic rear differential should already be a given at this point. Inside sources said that the car will do a quarter mile in just 10,96 seconds which is 0.24 seconds faster than the Hellcat!