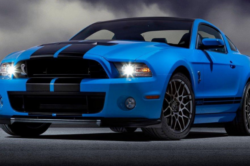 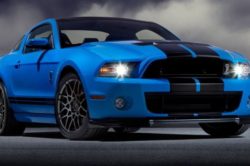 The rivalry between Ford and Chevrolet in terms of muscle cars is higher than ever and they showed this to all of us with their two best muscle cars to date, the Camaro ZL1, and the Ford GT350. However, the two are quite different from each other. The Camaro is more of a luxury high-performance cruiser while the Ford is more of a track-ready missile. In order to get things on the same level, a new car is expected to be released by the end of the year with the 2017 Ford Mustang Shelby GT500. This will be the direct successor of the previous GT500 which was quite a bit more powerful and faster than the previous ZL1.

The car has been spied testing ever since the late 2013 and early 2014 and it seems it is going to be quite a different beast from the older model. For starters, it will use the all-new chassis of the new Mustang. On top of that, it will also have quite a bit more in common with the GT350 than you would be led to believe. This would basically allow Ford to install a massive amount of power under the hood while allowing the driver to control it. The car should be released by the end of the year and it should hit the market by the end of 2017, just in time for it to compete with the Camaro. The price is unknown at this point but unlike before, this time around the GT500 might get close to $70,000 which would be a lot more than before. 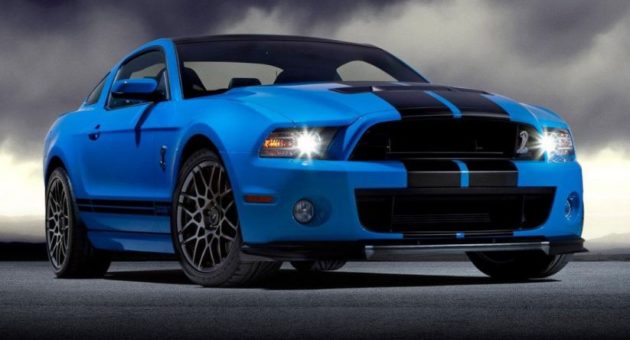 This large increase in the price of the 2017 Ford Mustang Shelby GT500 is there because the car will also feature much better components. Instead of a live rear axle, the new GT500 will get an all-independent suspension. Carbon ceramic brakes are expected to be installed in the base model while large 19 inch light alloy rims wrapped in high-performance legal semi-slicks should be offered. All of these are quite expensive and if we add carbon fiber wheels, beefed up components and a new engine, the total gets a lot higher than a base Mustang. All of these should make the GT500 faster and a lot more controllable than before.

To go well with all of those upgrades, both its exterior and interior of the car are going to receive a bit of attention. The exterior should receive the lower front end of the GT350 with a larger splitter while at the back a larger diffuser and probably quad-exhausts might be installed. The car is definitely going to be set up for high-speed driving. Its cabin should get, as standard, Recaro seats, suede upholstery and even raw carbon fiber.

The camouflaged test mules all sounded different than the regular Mustang but more recently photographers managed to get a better glimpse at the new car. It seems that the 2017 Ford Mustang Shelby GT500 might be using a new turbocharged V8 developed from Ford’s current flat-plane crank V8. This would be a 5 liter unit with a slightly smaller stroke and with the help of two turbochargers it is expected to make in excess of 750 horsepower and 700 lb-ft of torque. Such an engine would allow Ford not only to outrun the Camaro but also destroy pretty much any other competitor. A 10 speed automatic is already a given on the upcoming GT500 while a highly capable traction control system is likely going to be installed. The car is expected to hit 60 MPH in around 3 seconds or less and it should easily be capable of going past 210 MPH, especially considering the aerodynamic changes Ford is doing.

If this model is not what you’re looking for, you should check classic Ford Mustang cars on sites like Dyler.com. These cars are always on top of the classic car’s ladder.