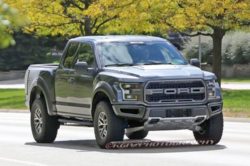 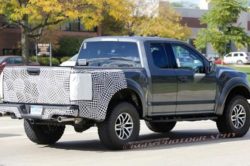 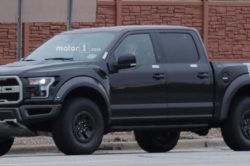 Released last year, the new Raptor is the most impressive production truck we have ever seen. It features one of the most powerful truck engines, it is the fastest truck currently on sale and it is also the most capable stock off-road machine out there. Even though it is quite recent, many suggested it would receive an update with the 2018 Ford Raptor mainly because Ford just released a facelift for the F-150. However, this is not really true. While there will be a 2018 Raptor, it will more than likely going to be identical to the ongoing version.

There might be some upgrades inside the cabin that could make the Raptor easier to live with. However, the rest of it will remain the same as before. This is to be expected with a niche product which is quite new. The price is still going to hover at around $50,000 which is not that bad for what it can deliver. The only real drawback with the Raptor is the less than ideal available features inside but these can be upgraded with ease. 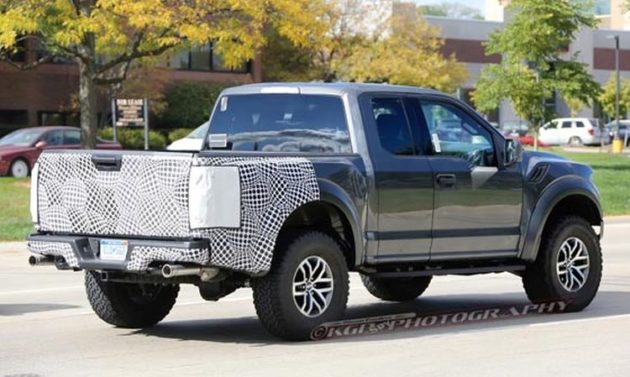 We are quite sure at this point the 2018 Ford Raptor will be identical to the current model. This means that its butch look and massive tires will stay and that’s great. In the front, the truck will continue to feature its unique headlights with the LED beams and LED C-shaped DRLs, the large hexagonal grille with the massive Ford name as well as its off-road inspired bumper which also happens to feature a massive skid plate. The rear of the truck will continue the trend with the massive Ford badge. As standard, it will come, with 17-inch rims and off-road tires but Ford will offer bead-lock capable rims as an optional extra. Over the 2017 model, Ford may offer an optional skid plate for the mid section of the truck but this hasn’t been confirmed just yet.

Here things are going to be pretty straight forward. The design, features and most of the safety systems will remain unchanged. The truck will continue to offer a great driving position and it will come with a few extras over a base F-150. The instrument cluster will feature a large color screen as standard. On top of that, their Sync3 infotainment system is also going to be available on the base version. The Raptor also gets considerably better seats than the regular truck and a unique steering wheel for a package worthy of a sports car.

Likely one of the most impressive features of the 2018 Ford Raptor will remain its off-road capability. This will be achieved not only with a dedicated engine but also with a highly impressive running gear. The truck will continue to use the same 3.5 liters EcoBoost as before. Even though it is a rather well-known engine, this is a unique version which makes 450 horsepower and 510 lb-ft of torque. With it, the Raptor can accelerate from 0 to 60 MPH in just 5 seconds which is faster than many sports cars on the market. On top of that, the 10-speed automatic gearbox makes great use of the torque, so it never feels like it is out of power. Four-wheel drive is standard and Ford is even offering a standard central locking differential and a limited slip differential in the back. The end result is one of the best desert running stock trucks ever made. Its only drawback has to be the fuel consumption. The Raptor only gets 15 MPG in the city and 18 MPG on the highway which is worse than pretty much any other full-size truck currently on the market.