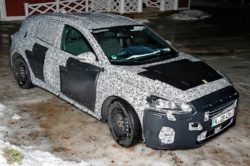 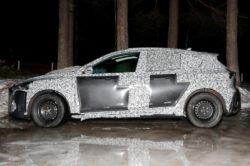 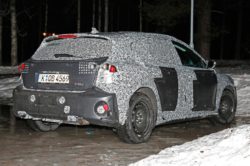 After we have seen plenty of development mules for the 2018 Ford Focus wearing the old body style, starting with January we also started to see finished prototypes boasting the new body style. So far things look to be quite promising. The car is set to receive considerably more tech than before, new engines and likely an entirely new trim level. All of these should allow the Focus to dominate its class, especially since the current car is one of the best-selling vehicles in its class. 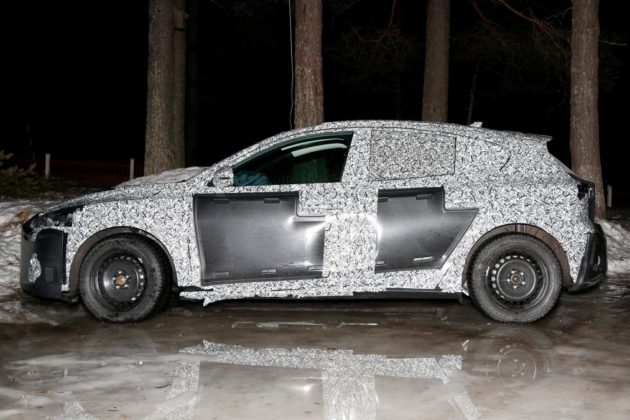 So far there is very little official information about the new Focus. Despite that, it seems that Ford might finally depart from the old chassis to something derived from the highly modular CD4. This would give the Focus an even stiffer chassis than before. With that, its NVH levels, dynamic capabilities and the comfort of its passengers should all improve. There is still no word on the pricing scheme but we would expect it to be very similar to the outgoing model.

So far the Ford Focus has been available as a hatchback, sedan, and wagon in different trim levels. All of them have been aimed at mostly city driving. However, with the 2018 Ford Focus, it seems that a new Active version might be released. This would likely be based on the wagon and it would get a slightly higher ground clearance. On top of that, it would receive black plastic cladding, different wheels, and tires and possibly even a set of skid-plates. These would allow the new Active Focus to drive over unpaved roads and light off-road without suffering any damage. 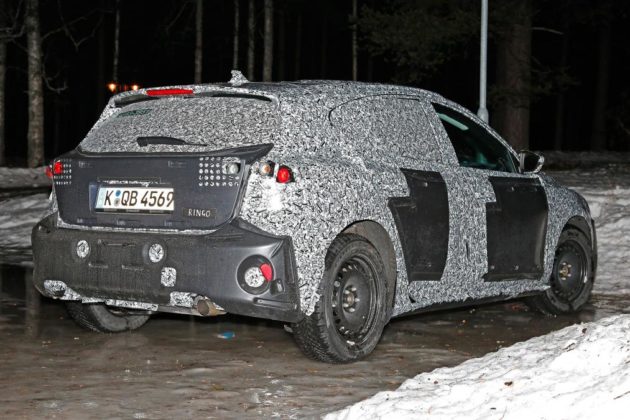 So far the prototypes of the upcoming 2018 Focus have been very well camouflaged. These featured not only camouflaging stickers but also plastic plates in order to make seeing the lines of the car as hard as possible. This doesn’t mean we don’t have a good idea about its looks. In the front, the new Focus definitely seems more aggressive than before. The headlights seem to be swept back slightly and the hood seems to be noticeably lower than before. The grille is definitely similar to the new Fiesta while the bumper does feature some interesting positioning for the intakes. The rear seems to be just a larger version of the new Fiesta but the low roofline makes for a slightly more aggressive design. The car is also wider and longer than before, so it should also be able to offer more room inside the cabin.

So far the Focus had a unique styling for its cabin which made it somewhat unusual, especially when compared to its rivals. The 2018 Ford Focus, on the other hand, is bound to change. We would expect Ford to take inspiration from the newest Fiesta which definitely has a very impressive interior for its class. The cleaner-looking dashboard, lower mounted seats coupled with the larger cabin would make the new Focus a great offering for the price.

It is safe to assume the base version of the Focus will feature the same 1.0 liter EcoBoost as in the upcoming Fiesta. This engine will feature cylinder deactivation and other fuel saving technologies. Despite having just one liter of displacement, it is expected to make north of 140 horsepower and 170 lb-ft of torque. This would make the tiny engine a really good offering, especially if it will be able to deliver around 40 MPG on the highway. Higher end models will likely receive a 1.5-liter turbo-three with anything between 150 and 200 horsepower. While a 6-speed manual is likely going to be standard, a 9 speed automatic is more than likely going to be offered as an option across the range.

There was hardly anything alluring about the name Ford Transit over the years. That is unless you are a bank …