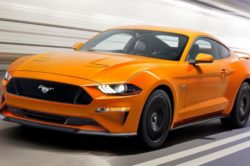 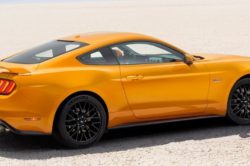 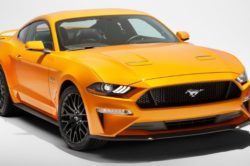 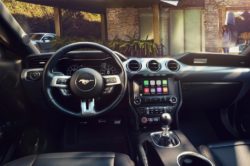 With a base price of just $33,000, the Mustang GT is one of the best deals around. It offers plenty of performance, a great chassis and the looks of a true muscle car. In order to sweeten the deal even more, not that long ago Ford showcased the revised 2018 Mustang. The car received a rather impressive facelift, some changes inside the cabin and new engines. In fact, the 2018 Ford Mustang GT should be considerably more appealing than before. For the same price, it will likely come with more power, a better running gear, and a better transmission.

The most amount of changes happened on the outside. The 2018 Mustang received a lot of attention in order to become more aggressive and also sportier. Ford hasn’t said how much it is going to cost but it is safe to assume it won’t be all that different from before. The base car might cost slightly more though due to the addition of a new base engine. The GT, on the other hand, is still expected to cost right around $33,000 with the performance model being expected at little over $40,000. Even though the basic car is the same as before, Ford also suggested that the new version is more refined and better suited for high-speed cruising.

The 2018 Ford Mustang GT still sports a 5 liter naturally aspirated V8 engine. However, there are some differences between it and the older one. For starters, the only interchangeable part is the crankshaft. Everything else is new which is very impressive. The new 5 liter V8 now offers both direct and port injection. This will help with fuel consumption and also with top end power. Ford also installed a new exhaust system that ends with four tailpipes. The intake of the V8 has been revised and it also gets a new ECU software. So far most rumors suggest the GT will feature 455 horsepower and more than 450 lb-ft of torque. Ford’s performance division is also expected to offer a software package that will bump the output closer to 480 horsepower. In both cases, the car will definitely use less fuel than before.

In order to keep things simple Ford is offering a 6 speed manual as standard. For a small fee, they will change the manual for a 10 speed automatic. This is actually the same gearbox found in its main rival which is rather interesting. However, it seems Ford may offer a different tune for it in order to better fit their new V8 engine. 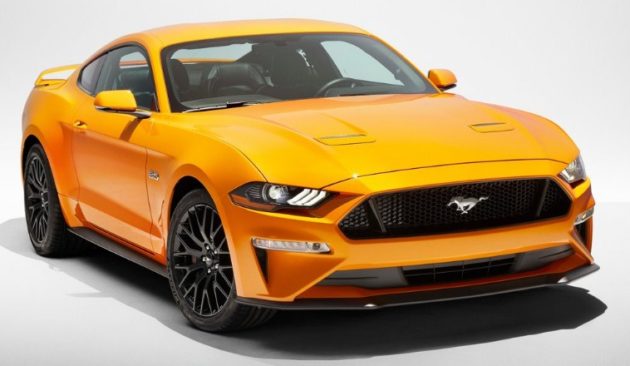 The new 2018 Ford Mustang GT is quite a bit rounder than before, both in the front and at the back. The individual tail lights received a new curvier look, the rear bumper is new and so is the quad-exhaust system. The diffuser is now hidden and together with the GT badge, the car’s design is much cleaner than before. The front is dominated by a much more aggressive design which makes the GT considerably better looking than before despite what the early reactions might have suggested. The grille is wider and narrower, the splitter is larger and the headlights now have an angled recessed look that definitely makes the car stand out. The largest upgrade here is the addition of an all-new instrument cluster. This is only available as an option and replaces the usual analog dials for a fully digital screen. This can be customized by the driver to its own liking and it can offer all the information the driver needs. The only omission from the Mustang is a head-up display but this will more than likely arrive at a later date across the range.