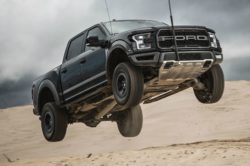 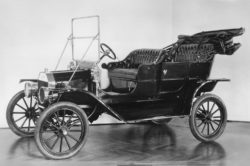 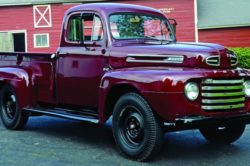 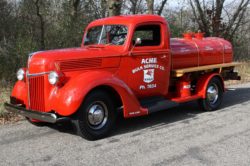 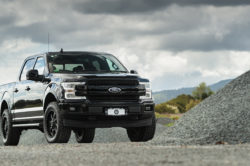 Ask an American to name just one motor manufacturer and you can bet most will say one word: Ford. The Ford Motor Company was among the early pioneers of motoring. The story of Henry Ford and the legendary Model T is known to all. It was the car, and the company, that truly revolutionized the motor industry, and to this day Ford is a great innovator across all kinds of road vehicles.

In this article, we are talking about Ford trucks. Throughout the motoring age Ford has consistently been a manufacturer famed for its truck ranges, but which are the best of all time? Before we carry on you might want to check out this site which has been supplying genuine Ford parts to truck owners for many years. Let’s have a quick look at the history of the Ford Motor Company and then at some of the iconic truck models from different eras.

How it All Began 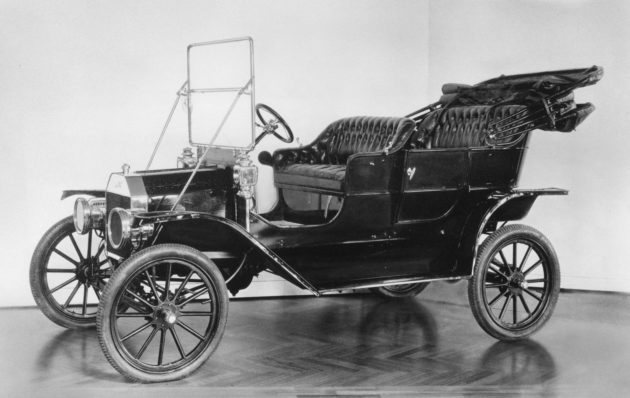 It could be argued that the history of the Ford Motor Company is a perfect illustration of the development of industry in the USA. June 16th, 1903 stands forever as the date on which the Ford Motor Company was created. Henry Ford had already dabbled in the industry, but this would be the company that stood the test of time, and one of few that survived the Great Depression. Since then, US motor manufacturers have come and gone, but Ford remains the largest family-controlled company in the world.

The Model T – one of the most important vehicles in the development of the motor car – was launched in 1908. In that first year, the famous ‘assembly line’ which is hailed as the introduction to the world of mass production – was nowhere to be seen. Nevertheless, Ford built 10,000 Model T’s in 1908 and recognised that demand exceeded supply. The world’s first moving assembly line was built in a new factory and came into use in 1913. It eventually enabled cars to be finished in little more than one and a half hours, and production in the first year was over 200,000.

Famously, in 1920 Ford built more than 1million Model T’s. What has this to do with trucks? It is said that the first commercial trucks – load carrying vehicles – were Ford Model T’s with custom-built flat beds in place of the rear body section. Soon after these appeared, Ford began offering its own truck version. This is literally where and how it all began.

While the Ford Model T trucks can be argued as the first of the genre, they were rudimentary examples. The first proper Ford trucks came a decade or so later, so let’s look at some of the greatest and most important Ford trucks. 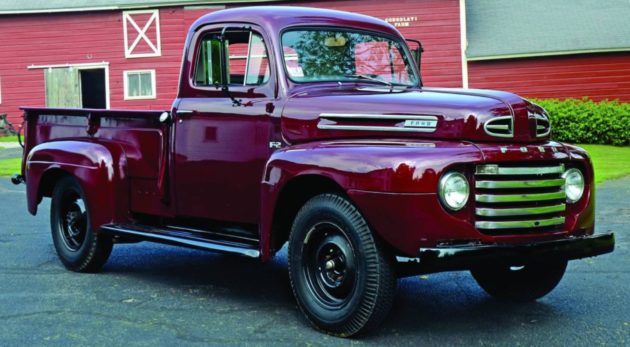 It may come as a surprise to some that the Ford F-series, now revered and enshrined in motoring history, was introduced as long ago as 1948. The range ran from the smaller F1 up to the biggest F8, the latter a 20,000lb plus capacity vehicle and a forerunner of today’s heavy-duty trucks.

We’ve picked the Ford F2 from this original line up as it typifies the Ford truck and its evolution. Popular with vintage car and truck owners, the ’48 F2 is a good-looking truck that perhaps set the tone for what was to come. Powered by a flathead-V6 in the first instance, the F2 was a panel van that the latter-day Transit can trace its lineage back to, and could handle up to 5,700lb. For many users, the engine was not up to the job: enter the legendary Ford V8. 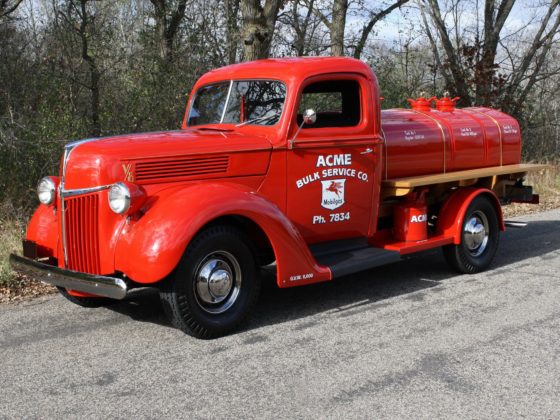 The Ford V8 engine had been introduced in 1932 for use in road cars and then in trucks. Although used before 1948, we’ve chosen this year as the beginning of the Ford V8 truck. The year model has become a classic, one loved by not only collectors but the hot rod crowd. The V8 flathead engine is a popular one for dragsters and other conversions.

The famous V8 logo on the front grille signifies the bigger engine – it was installed in some F-series models, including the F2 above – and more power. The 1948 version was the mighty 337cubic inch development, the biggest of all the flathead V8’s.

The Ford truck range developed strongly from the firm foundations of the F-series and the V8 engine, and became the most popular range of trucks in the world. For the next milestone, we jump to the early 1990’s for a model that many people claim changed the way trucks were viewed.

The Ford Lightning was part of the early 1990’s F-series. What made it special? Perhaps for the first time a Ford truck was presented with a genuine family-friendly cab. This meant the truck had crossed over from being a solely commercial vehicle, to one that could be used for family use as well as load lugging. Thus, it could be argued that the Ford Lightning – in F150 form – was the forerunner of the trucks we know today.

Powered by a 351 V8, producing 240bhp, the first-generation Lightning not only offered comfort levels not seen in a truck before, but performance including a 110mph top speed, and 0-60mph in 7.6seconds. The truck had suddenly become something far more impressive. 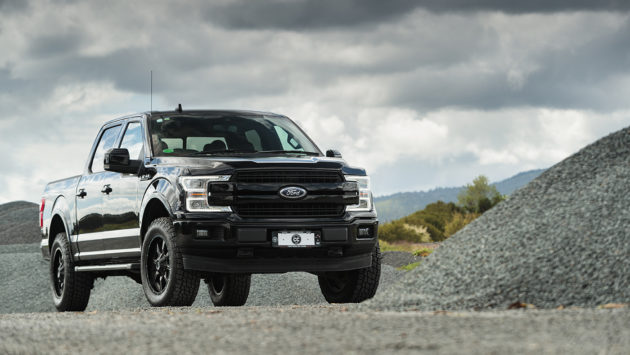 So we arrive at the present-day Ford F150. This milestone of a vehicle is seen by many as the best truck in the world right now and while some may contest this, what is fact is that the F150 is the biggest selling vehicle – car, truck or otherwise – in the world.

Available in a bewildering array of specifications and trim levels, the Ford F150 can trace its heritage right back to those home converted Ford Model T flatbeds that introduced a new type of vehicle to the roads in the 1920’s. We can only wonder what the next generation of Ford trucks will bring to the party.

Few men in the world can resist a good vehicle. While for women the car is used exclusively to transport …

They’re rough, they’re tough, and they’re surprisingly comfortable. Pickup trucks are as American as apple pie, and you don’t have …