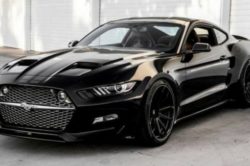 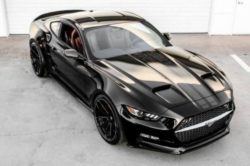 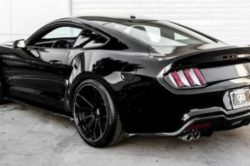 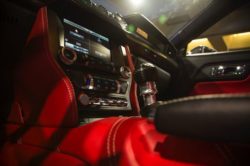 Throughout the years, there have been many special editions of current gen muscle cars and this did not change in the present either. A couple of years ago Fisker was showcasing the Rocket concept, a Mustang with a vastly different exterior. Well, the 2016 Mustang Rocket has been finally released as a production model and we have to say that it is the best looking Mustang to date. Unfortunately, they had to depart themselves a bit from the original concept but the production model is quite impressive in its own right. The car is based on the regular Mustang GT but pretty much every aspect of it has been improved quite a bit.

One of the less interesting parts about the Rocket is the price. Fisker said that the car starts at $125,000 which is quite a bit more than many would be willing to pay on a Mustang. However, the good part is that the car is a limited series. On top of that, it is a Fisker creation, meaning that the price will definitely go up in the future. There aren’t any available details on a number of cars they are willing to build or on the available options but it seems that Fisker will give its customers very few choices. The car has been out on the market for a while now and it will only continue to be available for a limited amount of time. 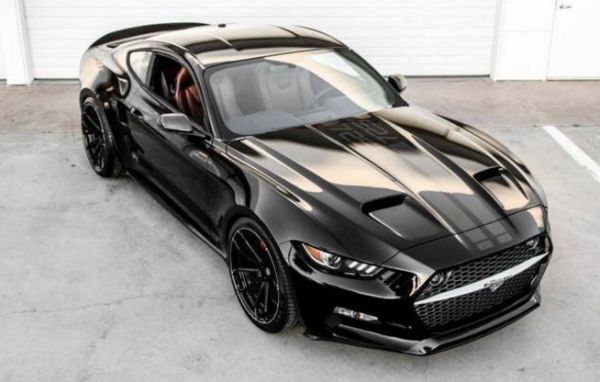 Based on the regular GT, the 2016 Mustang Rocket features the 5 liter Coyote V8 engine. This has been tuned by its builder so it makes an advertised 725 horsepower and over 600 lb-ft of torque to the crank. This is noticeable more than the older GT500 but when they officially unveiled the car it only made little over 630 horsepower to the wheels. This might be a bit under the advertised power but it is still quite a bit more than the regular Mustang. Unfortunately, the Rocket doesn’t feature a new gearbox or even any other really special supporting mods. Instead, it comes with the same 6-speed manual gearbox as the regular GT, stock internal components in its engine block and even a similar exhaust. Fisker doesn’t even offer an improved clutch which may be a problem considering the massive gain in power and torque. 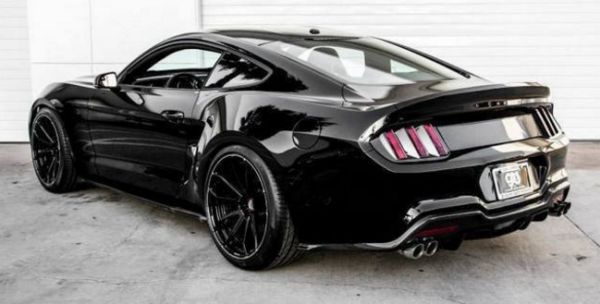 The biggest change on the new 2016 Ford Mustang Rocket is the exterior, without a doubt. Here Fisker worked its magic and offered a truly unique car. The front end has been completely revamped to the point the Rocket barely resembles a Mustang. It gets some of the design traits from a Zagato and mixes it all together with the Mustang.

There is a large hexagonal grille in the front with the fog lights included in its grille. A large horizontal chrome slat separates the grille and with the help of the wider fenders and the new hood, the Rocket looks like nothing else on the road. The back of the car hasn’t been left unchanged. It received a ‘70s style duck-tail, new tail lights as well as a larger diffuser. The wheels are unique to this model and it seems they won’t be available after the car is going to be discontinued. 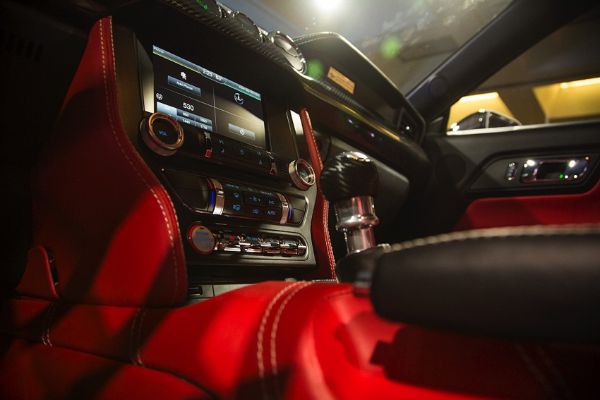 The Mustang Rocket 2016 also features a nicer interior than the base GT car. The design here has been left untouched. However, the seats and center console have been wrapped in nicer Italian leather which can be customized to the liking of the buyer. On top of that, the entire upper part of the dashboard has been covered in glossy carbon fiber which is otherwise unavailable on the usual Mustang. The features are the same as on the top end version of the Mustang GT.