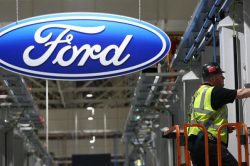 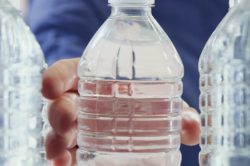 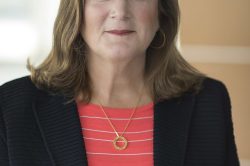 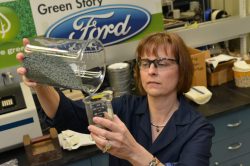 Ford Motor Company has stepped up to the plate in its commitment to reduce the impact of plastics on the environment.

There’s no denying that pollution from plastic products is a major problem in landfills and major waterways all over the planet. Some experts estimate that over eight million metric tons of plastic waste enters the ocean from coastal communities each year. Whenever individuals, families, and companies recycle plastic bottles, those plastics products could possibly end up in Ford Motor Company vehicles.

This is no small feat. Ford Motor Company is dedicated to becoming a major supporter and promoter of environmentally friendly auto parts. As the process for producing automobiles is constantly being improved, adding in changes that reduce, reuse, and recycle materials will be part of Ford’s way of doing things going forward. 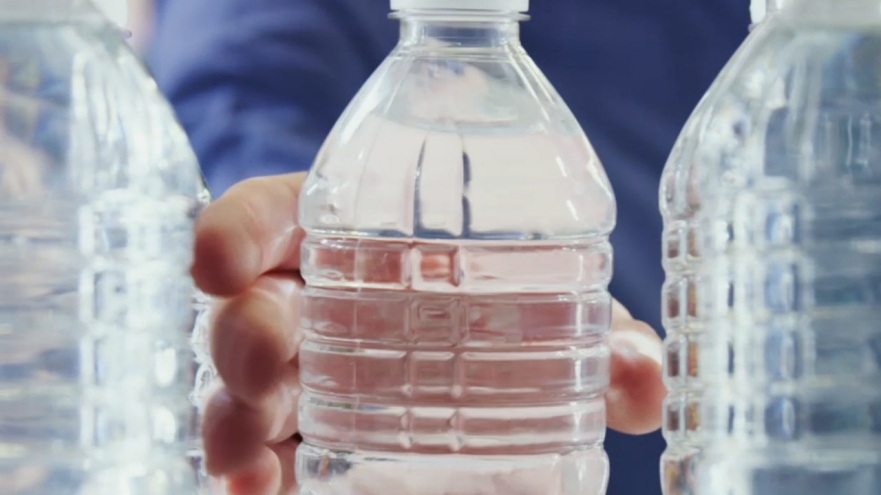 One way that Ford has accomplished this is by using recycled plastic bottles for the manufacture of underbody shields. The main purpose of the underbody shield is to provide protection for the engine, alternator, drive belts, and other parts of the vehicle from erosion caused by weather and road conditions. Exposure to harsh elements of the environment and weather can damage any vehicle’s parts. A good underbody shield can protect the vehicle and contribute to better performance. It can also help the vehicle last much longer than it would if there was no shield and if harsh road conditions were present, such as water and salt.

The Ford philosophy of reducing, reusing, and recycling has been a part of the company’s mission since the beginning. Henry Ford believed that the company should make a commitment to reduce the environmental impact of waste and discarded materials on the planet in any way possible. He was also interested in recycling materials and using plant-based materials. 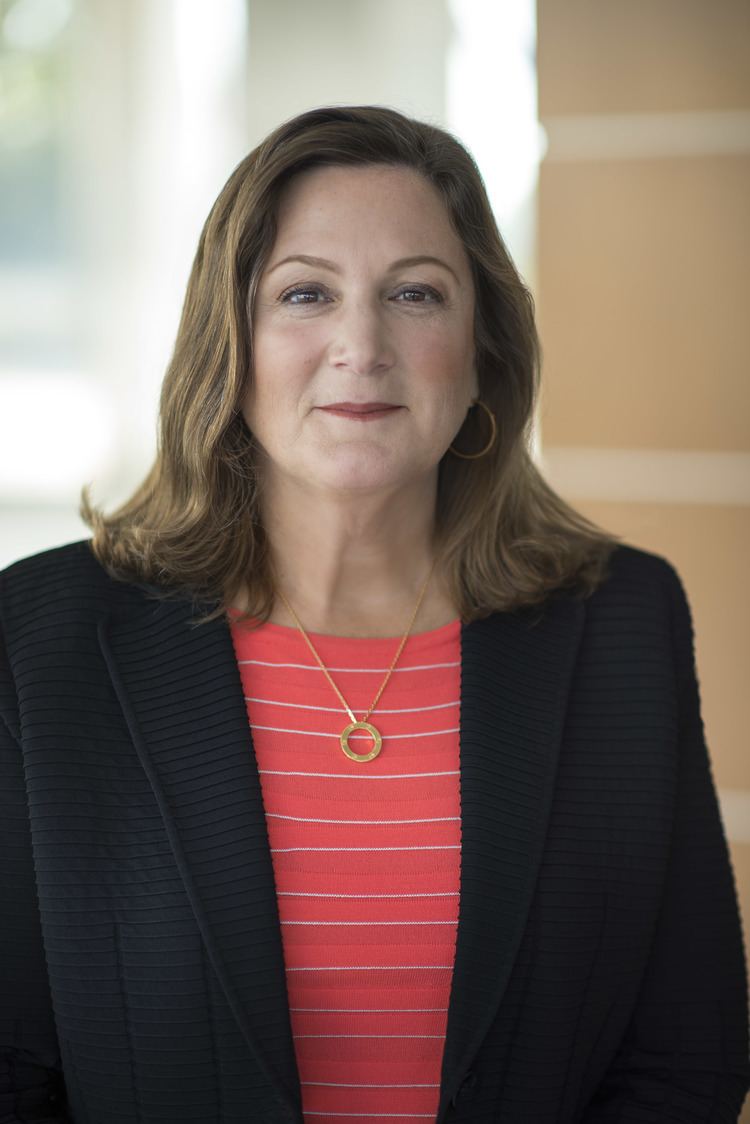 As reported by TheNewsWheel, Today, Elena Ford, the great-great-granddaughter of Henry Ford, brings that commitment to the environment into her role as Ford Motor Company’s chief customer experience officer. Elena Ford’s appointment is a significant achievement for women in the auto industry. She leads the organization responsible for creating a world-class customer experience throughout the entire ownership cycle.

Before being named to her new position, Elena Ford was responsible for developing global standards and sharing best practices for planning, training, vehicle delivery, and customer interaction. She was also responsible for the development and launch of FordPass and The Lincoln Way, Ford Motor Company’s ownership experience apps.

Ford senior technical lead for the sustainability and emerging materials research team, Debbie Mielewski, says that the company’s reuse of 1.2 billion plastic bottles for making underbody panels is a significant accomplishment and just another way to reuse materials that would have otherwise been discarded and sent to a landfill.

According to Mielewski, the recycling process starts with plastic bottles that are placed into a recycling bin, collected by the thousands, and shredded into small pieces. That material is sold to suppliers who transform the plastic into a fiber, which is then mixed with other materials and ultimately used to make a sheet of material. This remade material is used to manufacture underbody shields and other automotive parts.

Ford Motor Company is also a leader in plant-based materials, including the use of soy foam, which was used in the Mustang, according to Ford Motor Company’s official website. The company also reuses discarded carpet in underhood powertrain components. Already, the company has reused enough material to carpet downtown Detroit 42 times. 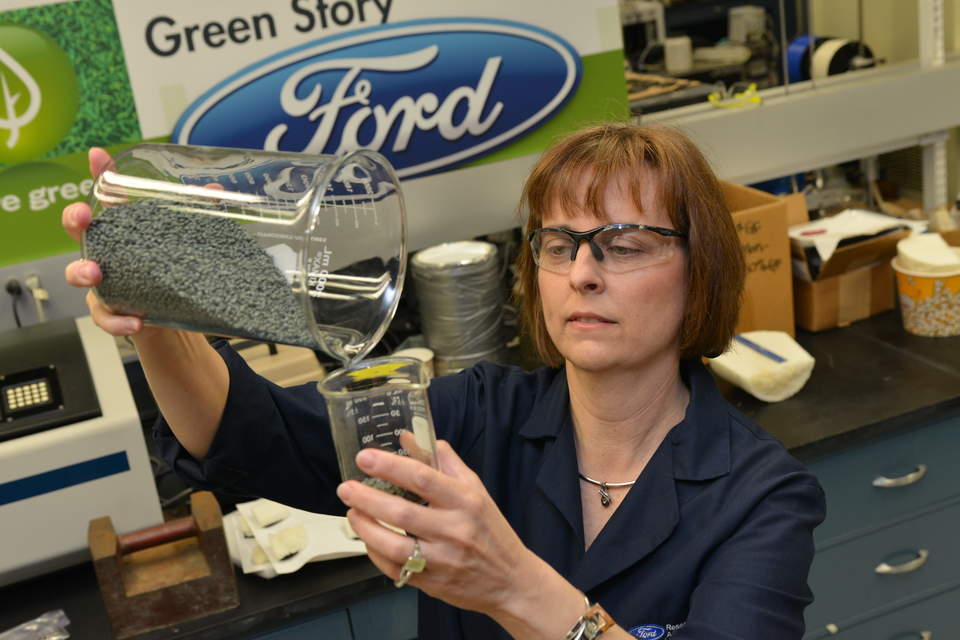 With this commitment to reduce the impact of plastics on the planet and reuse and recycle materials as much as possible, Ford Motor Company continues major restructuring for the company, including the overhaul of Chicago-area manufacturing. Recent reports have confirmed that Ford Motor Company is set to invest $1 billion in the Chicago area to expand production of its Ford Explorer and Lincoln Aviator sport utility vehicles. The expansion is expected to add 500 jobs.

See also  Who do drivers choose Ford over its competitors?

The recent Chicago Auto Show’s 111th exhibition proved that Ford Motor Company’s vehicles are constantly improving, but the goal is still the same: to deliver an experience of what’s next in the world of cars. Part of what’s next for the car manufacturer is an ongoing commitment to great customer service and environmentally friendly ways of making all Ford products.

The plastic recycled to make Ford’s underbody shields goes a long way in making the planet a better place to live for years to come.

You have seen the main headline of this article, and you are eager to hear what do we have to …

Adding your own personal touch to your car is a great way to express yourself and enjoy driving even more. …